Summer and – in Sweden – Midsummer! Just in time for the summer vacations, it is high time to get hold of some deliciously tart rhubarb stalks and prepare one of my definitive all-time summer favourites! 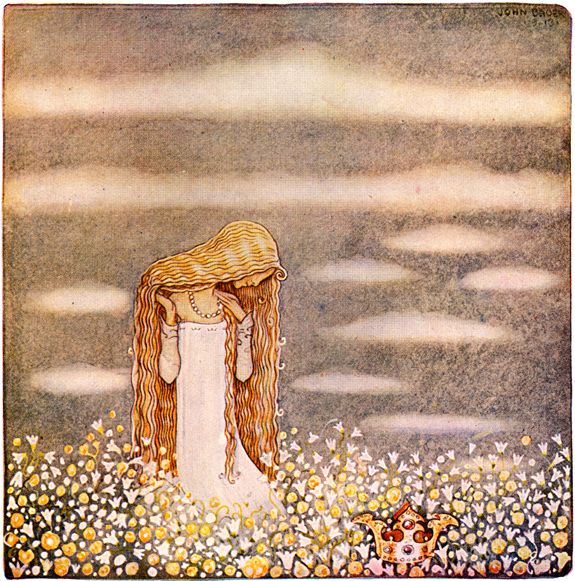 Midsummer Eve – If you believe in the magic of that shortest night of the year and would like to dream about your future spouse, go out and pick seven different types of flowers and put them under your pillow. But before you leave for the Dreamlands – pick some rhubarb and enjoy the delicious rhubarb yoghurt ice cream!

This recipe remains one of my absolute favourites, and by now I have totally lost track of how many times I have made this truly fantastic ice cream!

Rhubarb is usually considered a plant, (not so, however, in the US where rhubarb is considered a fruit, thereby benefiting from things like preferential import tariffs). Many of us may even have the typically crimson red fleshy stalks growing in our back yards. Rhubarb is tart, so it was not so widely used in cooking until sugar became more readily available. In traditional medicine, however, rhubarb has been used for thousands of years to ease and treat constipation! 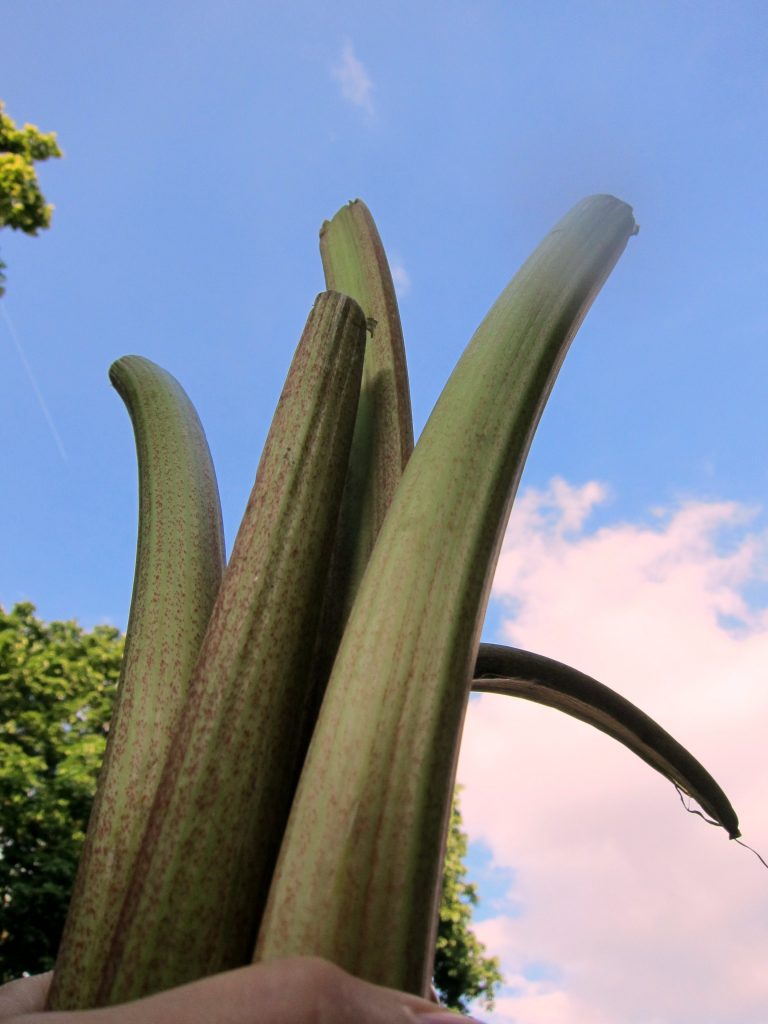 As the heading indicates and avid followers of the site may notice, this recipe (based on an even earlier version with slightly different proportions) last appeared in a post a couple of years ago. But as I have continued to go back to the recipe, I have continued to do some tweaking and improvements to it: Past improvements have increased the proportion of fruit and spices and decreased the amount of  both the cream and of the yoghurt – all leading to an even clearer and more flavourful experience. However, the latest tweaks relate to the preparations – using a micro-wave oven, the whole process can now be made with even less effort and time!

And this one is a quickie – it should take less than ten minutes (and minimal efforts) to make a quick rhubarb purée, which you then simply combine with equal amounts of plain yoghurt and whipped cream.

Note – In case you do no have an ice cream machine but only your freezer, and still want to make the best possible still-frozen ice cream, however, using a Greek-style yoghurt (with higher fat-amount) is a very good idea. 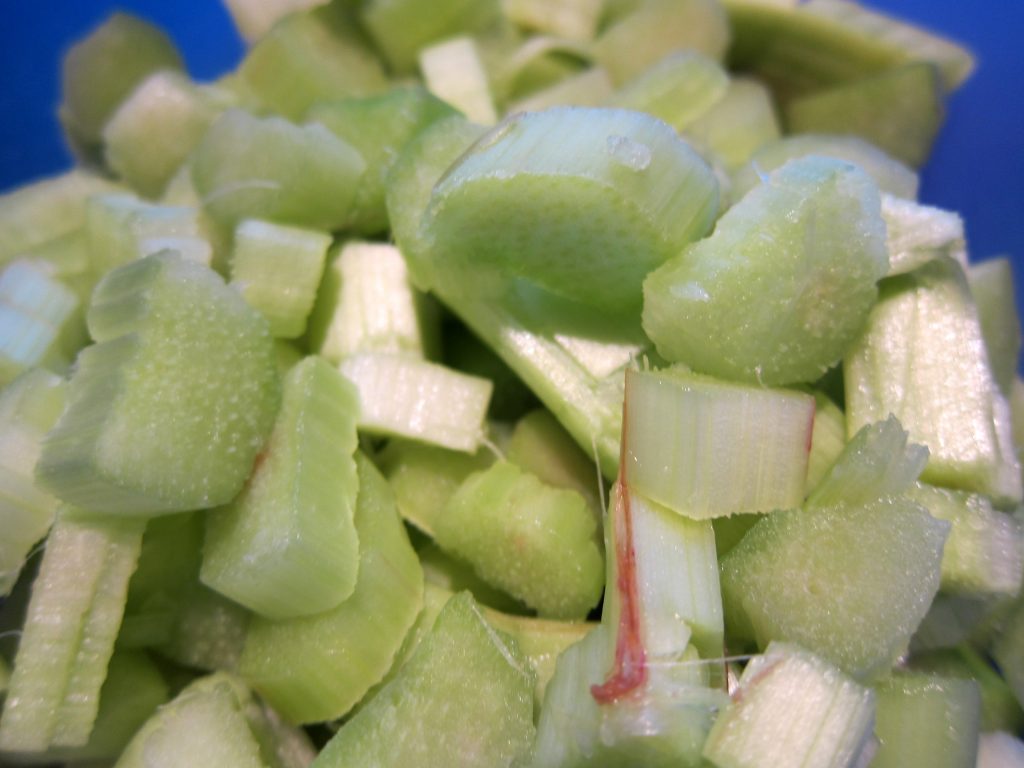 Peel the rhubarbs and cut them up in thin pieces – that way, they will turn quicker into the desired purée

The first quick step – take a few minutes and make rhubarb purée in the micro!

Peel the rhubarb stalks and chop them up in smaller pieces. Put them in a micro-safe bowl, together with the sugar, the vanilla and the cinnamon. Since the stalks contain a surprising amount of liquid, the micro-wave oven will be able to transform the rhubarb into a purée in about 6-9 minutes (depending on the effect of your micro, obviously). Once the rhubarb stalks, the sugar and the spices have turned into an aromatic purée, take out the bowl and cool down the purée (ideally, if you have time, let the purée chill a few hours in the fridge).

If you have no micro-wave oven – do like this: Put the chopped-up rhubarb, the sugar and the spices in a sauce pan. Cook on  the stove (while whisking every now and then) for about 8 minutes or so. Then, with a hand mixer, make sure that the purée really is thoroughly puréed and smooth. 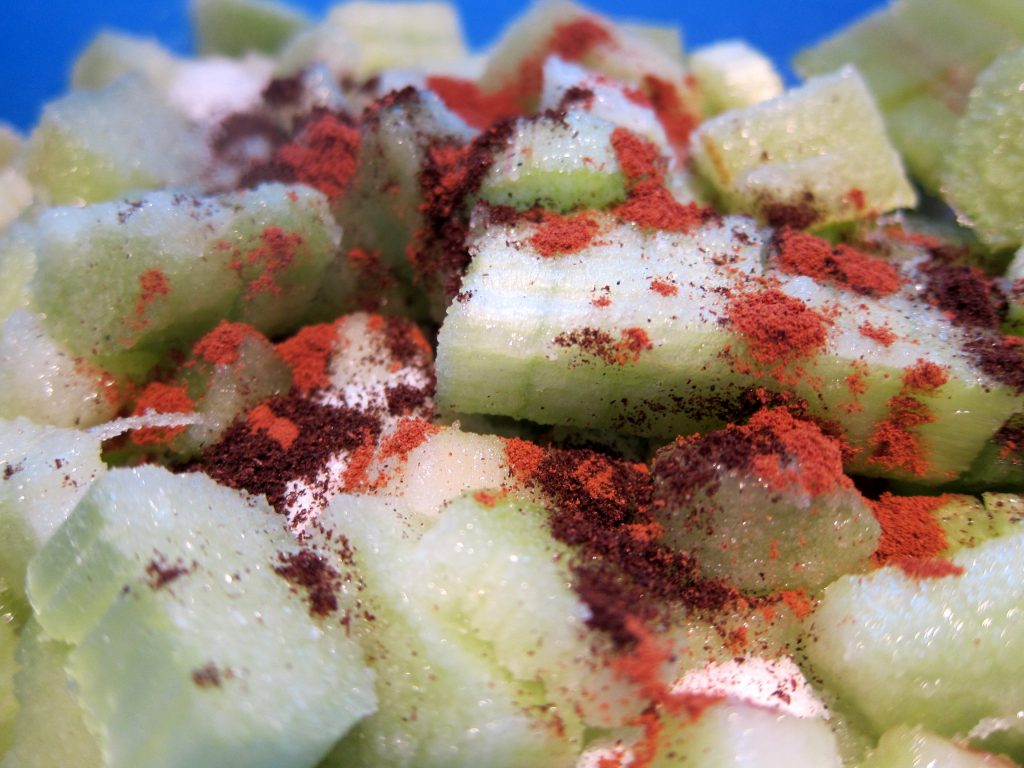 The same cut-up rhubarb, now with the addition of the sugar, the vanilla and the cinnamon 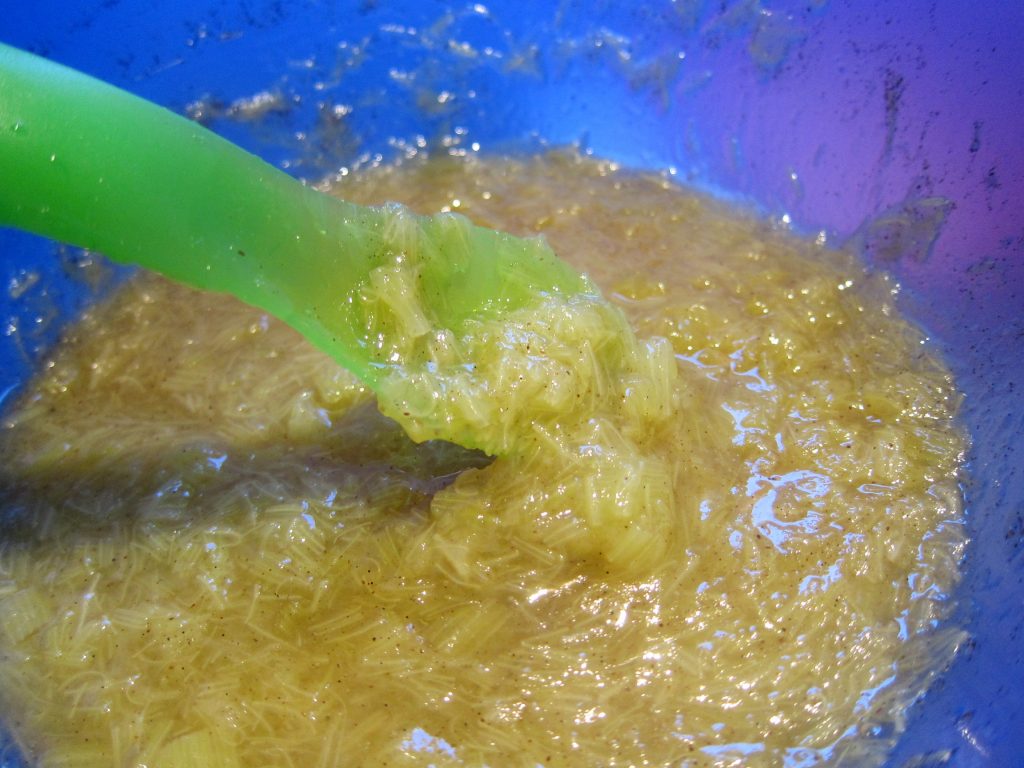 The micro-wave oven has done its duty: the rhubarb mix has turned into a delicious purée.

The even easier next step: blend it all together and freeze!

Whisk the cream to the stage of almost-stiff peaks  (whipping the cream will bind more air into the ice cream and improve the final overall consistency. This is quite important, since the overall amount of cream is limited and the extra air will make a difference!). Blend in the yoghurt, then the  cooled down (ideally even chilled) rhubarb purée. Voilà – the frozen yoghurt base is ready for churning!

If left in the freezer for any longer time, this ice cream is likely to freeze quite hard – like for most ice creams, it might be a good idea to take it out some time in advance of serving (or even give it a few seconds in the micro-wave oven again …). On the other hand, I know few ice creams that taste so incredibly nice when freshly churned, so chances are that you won’t have anything left to put back into the freezer if you start enjoying it right after it has been made 🙂 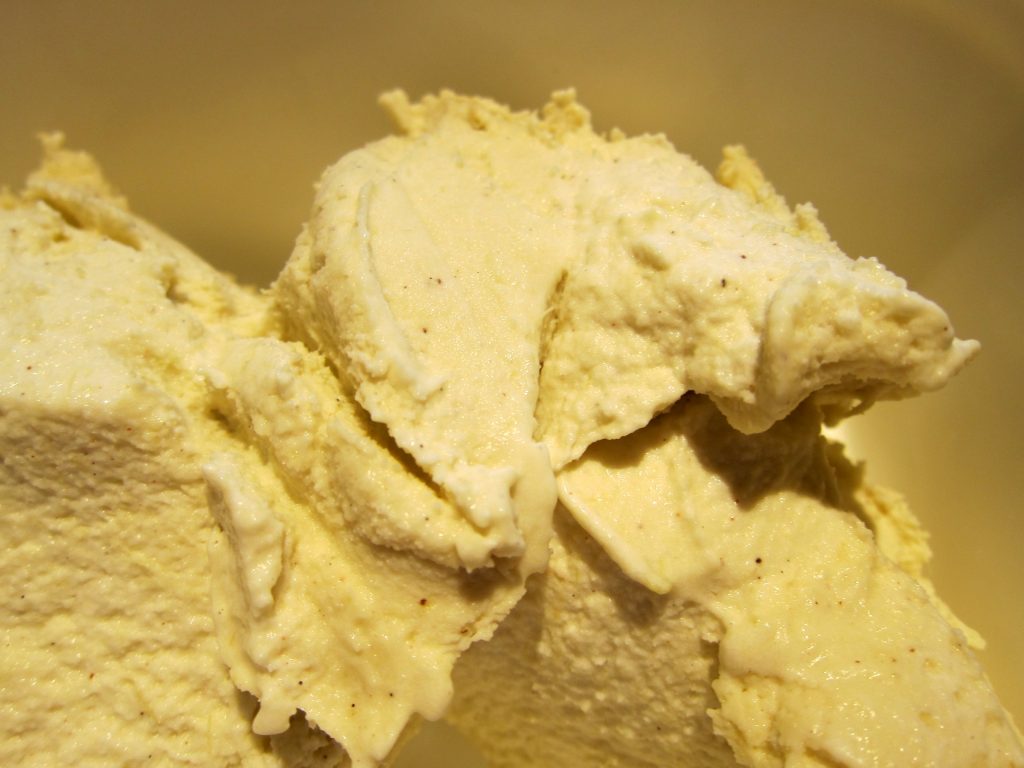 If you would like to improve the frozen consistency somewhat you could experiment by (1) adding more fat (like using fatter cream and fatter types of yoghurt), or by (2) replacing some of the sugar with inverted sugar (Agave nectar, corn syrup, glucose syrup, honey …), or by (3) adding a little neutral alcohol to the base (like some neutral vodka) to affect the freezing, not the overall flavour. 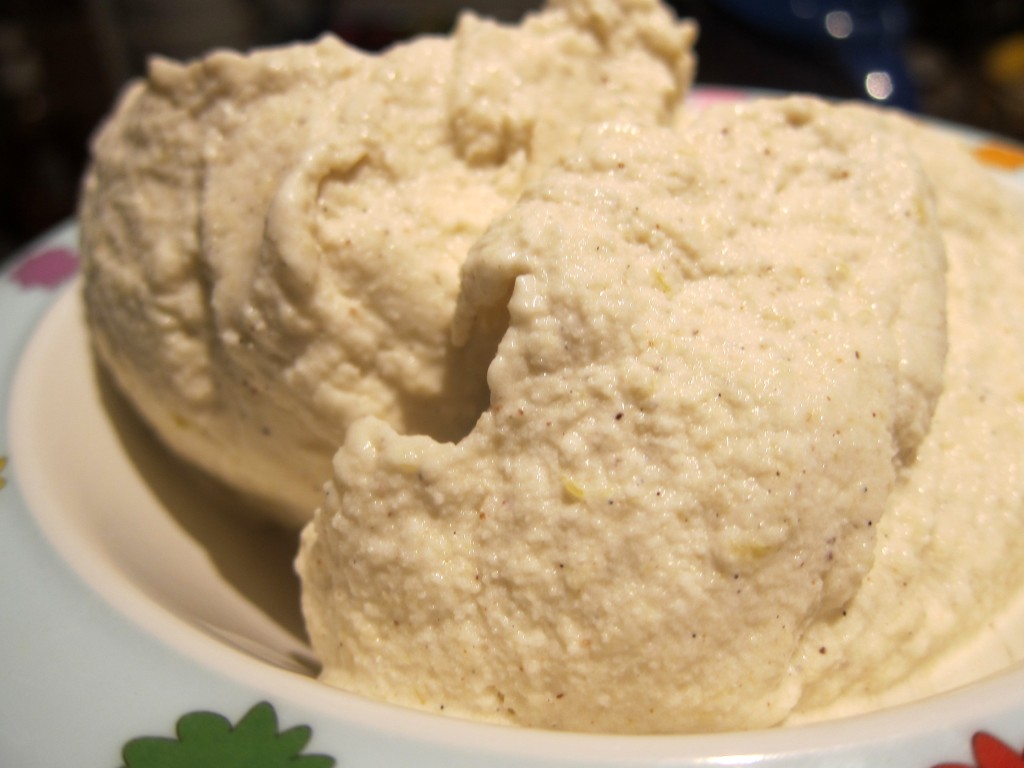 The lightning may differ but the incredible flavour remains the same!

Eating this ice cream fresh from the churning is highly recommended, and extremely pleasurable. Actually, eating this ice cream under almost any conditions could prove addictive! Look at me – I have been hooked for several years, and by now the whole family has joined in the cult of the delicious reddish rhubarb!

Sure, there are other fantastic summer ice creams too, but for me? Well, rhubarb is certainly among the top three … no, make that “the top two”! (The other one, you ask? – the incredibly tasty, almost equally addictive Raspberry yoghurt ice cream!).  Every time I try to explain the greatness of this flavour to people who have not yet tried it, I run the risk of sounding like a rhubarb-fanatic. But the frozen combination of tart rhubarb in combination with refreshing yoghurt, the softening sensation of the cream, the added sweetness of sugar and the rich, alluring spices is really something extra … mmm!

Just try it yourself – even if you won’t see you future husband or wife in your Midsummer dream, you might still dream of love: love to the rhubarb and to the rhubarb yoghurt ice cream!

PS. Want to learn more about Swedish Midsummer? Check out the hilarious film “Midsummer for Dummies“, smile and expand your inter-cultural understanding of Scandinavians. 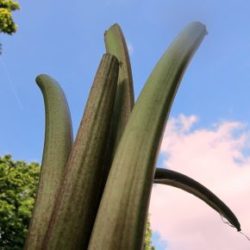 Anders@icecreamnation.org
One of my personal all-time favourites, with proportions refined and joyfully tested over the last years, whenever rhubarb has been in season! The spices, the yoghurt and the cream in combination with the sweetened tartness of the rhubarbs all combine into one of the most delicious summer ice creams I know of!
Print Recipe Pin Recipe
Cuisine Rhubarb summer yoghurt ice cream (micro-waved)

Go to this page to get some good advise on how to best freeze your ice cream without an ice cream machine ("still-freezing"): https://www.icecreamnation.org/freezer-only-make/
Share