How to be an ice cream afecionado ;-)

How to appreciate  “good ice cream”

It is wisely stated that one should not argue over taste, and this probably goes for ice cream too. But while most people will be able to tell if they like a particular ice cream or not, might there be some particular parameters which could be used to describe and discuss ice cream amongst the real fans?

Like with almost any food, many people tend to cherish the types they were brought up on and/or are used to. Without doing too much of stereotyping, that would mean that many Americans are likely to prefer creamier, sweeter and softer ice cream. French people would also like creamy ice cream (but less sweet and less soft), whereas Italians would be partial to milkier, leaner ice cream. Those well used to Arabic- style or Turkish  Dondurma ice cream would probably favour its somewhat gummy (for Dondurma even stretchy) body and texture; attributes not normally considered positive when it comes to ice cream.

But, regardless of one’s particular taste, ice cream lovers can discuss the specifics of ice cream, evaluating and commenting upon defining features and characteristics  in ways somewhat resembling those of the wine connoisseurs. While this might seem slightly pompous, it certainly does give much more to talk about than to just state whether you find a particular ice cream to be  “good” or “not so good”. 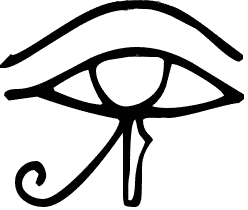 Ice cream should be pleasing to the eye. Traditional afecionados also maintain that the colour of the ice cream should correspond to its content (i e no artificial colouring) – the yellow colours of lemons and bananas only go peel-deep, and proper ice creams should have the colour of the fruits themselves.  Added ingredients like pieces of fruit, nuts or crumbles should be evenly distributed. No ice crystals or other visible “damages” should be detectable. 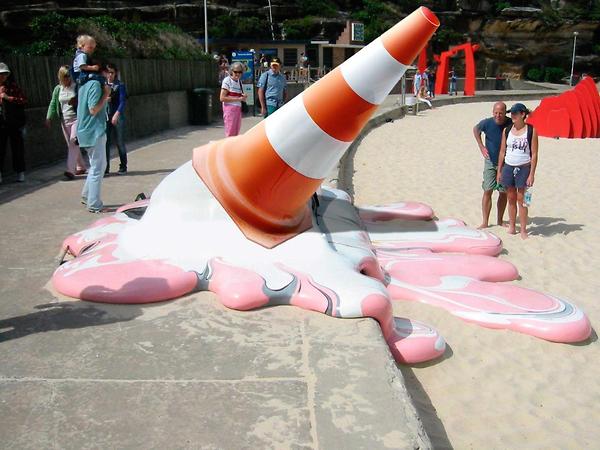 Largely a matter of density, the main qualities to look for here are “shape retention” and rate of meltdown  – if the ice cream is too soft and lacks adequate stabilisers, it tends to melt too quickly/not be able to hold its shape for long. On the other hand, an ice cream propped up by heavy use of industrial stabilisers tend to give a rather discomforting and gummy characteristic to the experiene. And isn’t it a bit discomforting to watch an ice cream melt in the sun … while it still eerily continues to largely maintain its shape?

Crumbly and/or fluffy ice cream indicate a high amount of air [“high overrun”], which may be frowned upon by many as a sure sign of cheap, lower-quality ice cream. While air is an essential element in all ice creams, it is also the cheapest one.  And since a lot of air certainly can boost the volume of the ice cream, it is no wonder that many cheaper ice creams contain a lot of it.

Quality ice cream should generally be smooth and soft.  It should melt pleasantly and not too quickly  in the mouth. Negative spots in this context are noticeable ice crystals, sandy texture or coarseness.

While taste is a very personal matter, flavour purity is considered important by many. Along this line, flavours ought to be both easily identifiable and “natural/pure”, rather than muddled or artificial. Neither should flavours be overly “distorted” in character  (fruit flavours being robbed of their freshness because of too much added sugar being a typical example here). It could also be noted that making flavours overwhelmingly strong is generally considered detrimental to a nice tasting experience.

The concept of “mouthfeel“, closely related to texture, also comes into play. With ice cream, “structural aspects” (such as body and texture) are inter-connected and also bound to influence also the taste. How does the ice cream feel in the mouth? Smooth? Creamy? Milky? Icy? Grainy? Gummy? Fluffy? And does the taste linger in the mouth? The taste of quality ice cream should linger on pleasantly for a while in the mouth even after the ice cream has been consumed, and not just disappear “without a trace”.

A final word on taste. Recent research indicate that the brain does not treat taste as a simple note-taking of a specific sensations taking place in the mouth. Experiencing flavour is actually constructed by information gathered by all the senses. And greatest emphasis seems to be placed on sight. While ice cream rarely is known to make sounds, its looks and visual presentation can certainly influence the taste. Smell, touch and taste will also contribute to the final experience. 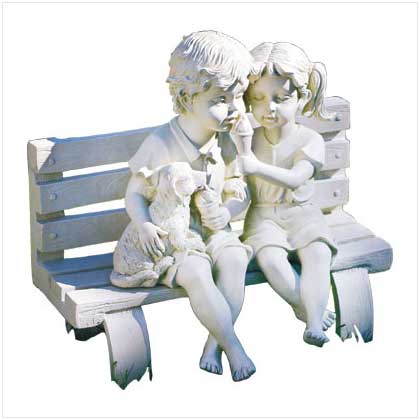