The Science of ice cream

Why should you bother with the science?

– Because it will actually help you to make better ice cream! 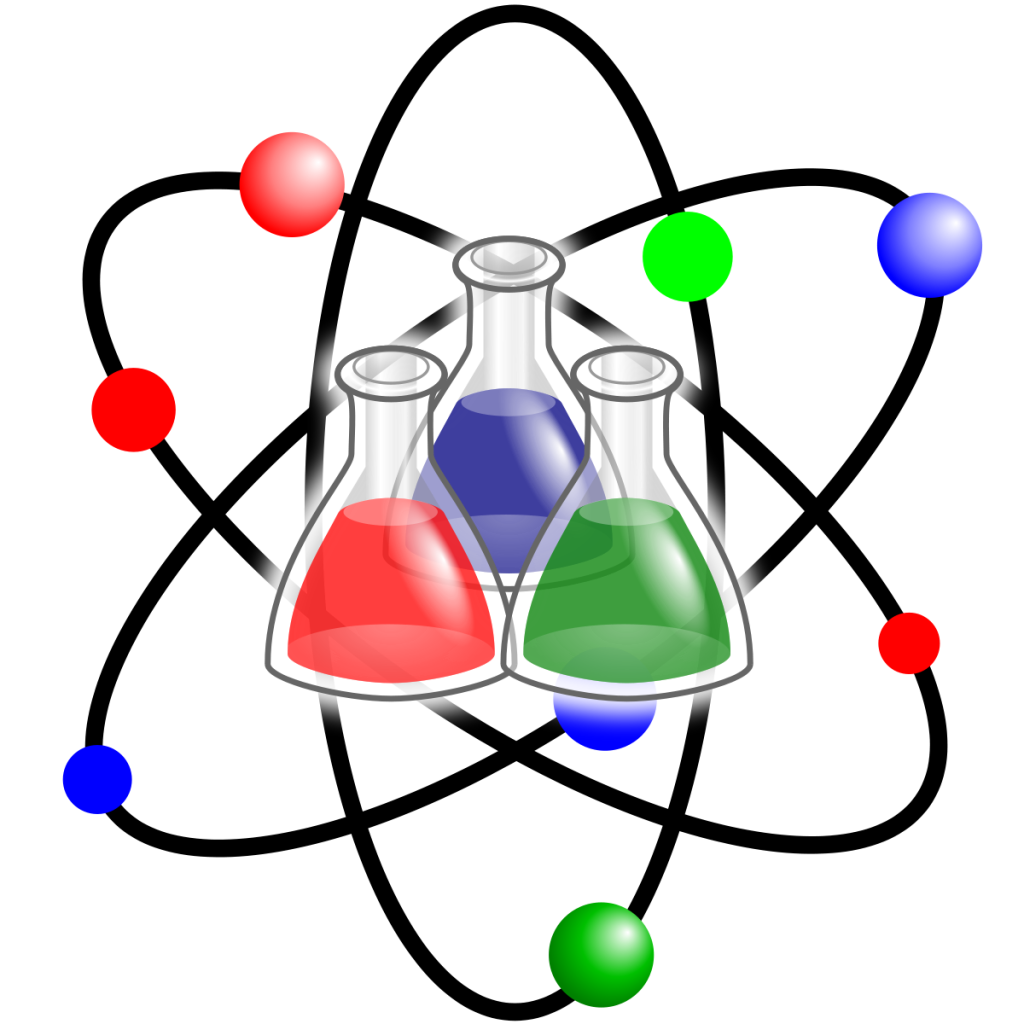 If you think about it, an ice cream is actually quite a complex and multi-faceted composition – it should be solid, yet soft, and should preferably stay that way while melting slowly. If you would simply put a batch of cream in the freezer, you would not end up with ice cream, but with a block of hard-frozen, solid cream. The reasons for the delicate and mesmerising nature of ice cream is ultimately a matter of food chemistry!

Molecular gastronomy has become quite popular in recent years. Understanding at least something about the physical and chemical aspects which turn your ingredients into delicious ice cream will not only add to your general knowledge about the world, but will also give you something to talk about over your next scope of ice cream. Most importantly, however, it will help you to prepare your own ice cream in a better, more mindful way, drastically increasing your success-rate in the kitchen!

The basic components of ice cream

Most ice creams consist of a successful frozen emulsion of five basic components:

Often in the form of butter (milk) fat; adds richness, stabilises the base mix, improves density and the smoothness of texture and generally increase flavours.

Generally different sugars, honey or syrups. Adds sweetness but also improves texture and body. Also lowers the freezing point of the mix, ensuring that the ice cream does not freeze rock-solid. In other words, reducing the sweeteners (for health- or dietary reasons, for example) does not only affect sweetness but could also jeopardise the “build” and stability of the ice cream. 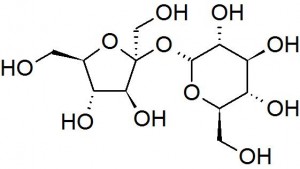 The invisible (and cheapest) ingredient in ice cream. The tiny air cells whipped into the base mix are largely responsible for the general consistency of ice cream, and greatly affect texture and volume. “Over-run” is the technical term used to indicate how much air an ice cream holds; since air is free and increase the volume, non-premium commercial ice creams could well have an overrun sometimes even exceeding 100 %. Having one scope of ice cream with low over-run could therefore equal the actual content of 2-3 (or more …) scopes of ice cream with high over-run.

Usually so-called non-fat milk solids, such as proteins and mineral salts, and flavourings such as cookie-crumbles. While adding flavour and (possibly) sweetness, they also contribute to the body, texture and smoothness. Broadly speaking, more solids means less “free-roaming” water in the ice cream – which in turn usually means less unwanted, large ice crystals in the ice cream. With too little solids, the ice cream often tends to become unpleasantly icy. Too much solids, however, may bring about an unpleasantly sandy-like sensation.

Putting it all together – building the ice cream

Looking at these base components highlights what is truly fascinating with making ice cream: It is mainly a matter of making a successful emulsion – the process of combining different substances which under normal circumstances would separate from each other (like oil and vinegar) and instead turn them into a smooth, lightly thickened mixture – the ice cream base!

To bring about this emulsion, emulsifiers are usually added to the ice cream base – one or more ingredients that help the other “unwilling” ingredients to combine.  “Emulsifiers” may give frightful associations to various strange artificial chemical products, but in your kitchen they probably most often come in the mundane form of egg yolk. In commercial ice cream production, the emulsifiers are often various extractions from oils. Monoglycerides and Diglycerides (E 471) are such examples. Another popular commercial emulsifier is Polysorbate 80 (“Tween 80”), derived from sorbitol.

Stabilisers likewise improve the structure, but also the texture (by keeping down the growth-rate of the ice crystals; see above) of ice cream, and reduce the melt-down speed of the ice cream. Their effect is, roughly speaking, very much like that of sponges: they both absorb and immobilise the liquid in ice cream. A traditionally well-known stabiliser for ice cream, also readily available for home production is Gelatin (derived from animal products). Starch is another one (read more about ice cream bases with starch here). and there are also others which may be considered at home (like Agar agar and pectine).

Today, most commercial stabilisers often tend to be various vegetable gums. Some well-known stabilisers are Agar-agar (derived from seaweed; check here for an example of its use in sorbets), Guar gum (from the Guar bush), Locust Bean gum, Xanthan gum (a by-product of fermented cornstarch and a bacteria found in cabbage), Gellan gum (from fermented bacteria), and Carrageenan (from moss and other red algea). There also exist different ready-made stabiliser mixtures composed of one or more of the mentioned stabilisers. 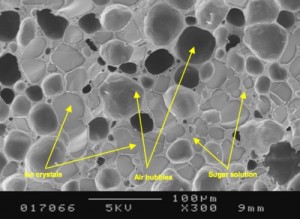 Building on the basic components, proper ice cream making tend to go through the following steps:

– Preparing the (liquid) ice cream base, using appropriate proportion of ingredients to aid the rest of the process. While there are a lot of variations, some recommended typical balanced proportions for the base would be around 60 % water (including the water you’ll find in milk and cream), about 15 % sugar, about 10 % non-fat milk content, and somewhere between 10-20 % milk-fat content.

–  Pasteurisation – heating the ice cream base so that dangerous bacteria are destroyed. Essential for commercial ice cream production and an important part of any preparation of raw eggs in custard-based ice cream. Usually, the base is heated to about 85°  Celsius (185°  F) and stirred (hereafter, the base should be chilled rather quickly). In industrial settings, batch pasteurisation can be used to heat up the base to about 65°  Celsius (149°  F) and keep it there for a period of 30 minutes. Also popular is  so-called High temperature – Short period pasteurisation.

–  Homogenisation – essentially the breaking up of, and better dispersing of, fat droplets in order to enhance the emulsion of fat into the ice cream base (thereby avoiding that the water and the fat in the ice cream separate). This is usually done by churning the base at heightened temperatures. More evenly distributed fat molecules will give a thinner base, which in turn will be able to capture air better. The improved capacity to hold onto air will add to the body and make the ice cream both more stable and smoother. In industrial production, the mixture of water and fat is typically forced through a narrow slit at high pressure, breaking up the fat droplets and dispersing them in a size of less than one thousandth of a millimetre.

– Ageing / Maturing – having gone through the previous steps and having cooled down to fridge-temperatures, the ice cream base is given time to age and mature before freezing.

While ageing, the chemical ingredients  of the base (mainly the proteins, the emulsifiers and the fat molecules, along with any flavours already put into the base) “settle”, which will greatly improve the texture, smoothness  and stability of the final ice cream (note, however, that some would argue that the difference in final taste probably is barely noticeable, at least when dealing with home-made ice cream!) . Scientifically speaking, the ageing allows the myriads of individual fat droplets to partially solidify and have their surface coated by the proteins. Several commentators recommend an ageing period between 4-24 hours, with many considering that ripening over night is the best. In commercial production, the ice cream base is typically cooled down very quickly to about +5 degrees Celsius, then kept at this temperature for a few hours.

– Freezing – If you have an ice cream maker, this is the stage where you will use it. During the churning, the base is being frozen whilst air simultaneously is whipped into it by the dasher and “trapped”, and certain flavouring solids are added (such as cookie crumbles or chips of chocolate, for example). Read more about ice cream machines here.

Commercial ice cream freezers generally operate in a similar way. The ice cream base is pumped into a metal barrel, surrounded by a very cold refrigerant. Simultaneously, a stream of air is introduced into the barrel. Inside the barrel, a high speed dasher churns the mixture. Modern fully automated freezers can produce thousands of ice cream tubs per hour.

What about liquid nitrogen? Liquid nitrogen can be used to immediately freeze ice cream bases, all in a matter of seconds. Handling this freezing agent, however, requires the use of both safety goggles and gloves. There is also the risk of severe frostbite. The end-result is extremely smooth: the instant freezing guarantees that virtually no large ice crystals will have time to form. Even ice creams laden with alcohol will freeze without any problems. While there are several recent examples of this method put to use commercially, liquid nitrogen clearly remains an unlikely part of any normal kitchen’s ice cream-making equipment.

– Hardening – After the freezing, you have created ice cream! However, fresh out of the churning-step, ice cream is actually only about half-frozen and may need some further time in a freezer to gain more stability (the “dryness” of the ice cream).  Some consider final temperatures between – 10 and -12 degrees C to be ideal, with the ice cream now being firm enough to scoop well and yet still smooth.

As most freezers at home keep a lower temperature than that, home-made ice cream typically freezes harder than it would if kept in the dedicated ice cream freezers of an ice cream parlour.  In other words, don’t be too hard on yourself if your ice cream freezes ‘too hard’ – it might be because of your freezer, not the ice cream recipe you have been following. 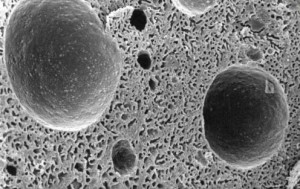 Fat and ice … important building blocks for any ice cream

With advanced refrigeration techniques and modern ice cream machines, it is interesting to contemplate that humans have been making ice creams for hundreds of years. How did they do it before the invention of freezers?

So, how does it work?  Usually, ice and (rock) salt is mixed together. By mixing ice and salt, the freezing point of the ice is lowered. The ice becomes even colder than normal – so cold that this ice-salt mixture can freeze other liquids. This physics phenomena is the core of many ice cream machines to this very day, and also the foundation for the popular experiment to make ice cream in a baggie (here is a link to an article on that very subject). Check here to see how the principles are applied when using a tour on the bike to create ice cream!

Making your own ice cream is not only fun, it is actually much less difficult than many would believe! If you feel like trying, GO HERE for a quick start!