Making ice cream without an ice cream machine? Yes – it is possible!

After all, “still-freezing” is how ice cream historically  has been made for hundreds of years:-)

Generally speaking,  you can follow about every recipe for ice cream found on these pages.

The only thing you need is the means to freeze the ice cream base. For most people, this will likely mean access to a freezer/freezer compartment. With that, you have a real option to make ice cream with more quality than a lot of commercial ones. 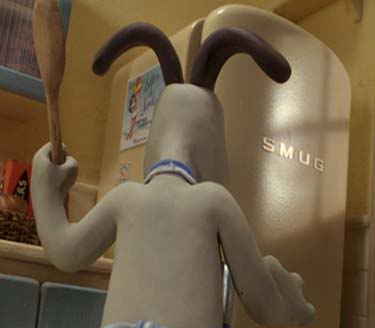 Actually,  as long as you can access ice and salt, you may even make ice cream in a plastic bag, a coffee can, or any similar containers that can act as impromptu ice cream machines.

Basically, you could normally prepare the ice cream base in the same way you would do if you had had an ice cream machine (which is why I generally will not explicitly mention still-freezing as the ever-present alternative to machine-freezing in most recipes on this site).

The biggest difference when still-freezing instead of using a dedicated ice cream machine is the following:

You will have to churn your ice cream base yourself while freezing it.  You need to incorporate a sufficient amount of air bubbles into your mixture (unless you, for strange reasons, would prefer to end up with an icy, almost rock-hard end result).

This is something you normally will accomplish by vigorously churning your ice cream base with a fork, spoon or electric hand mixer a few times during the freezing (starting about 45 minutes to an hour after you first put your ice cream base into the freezer, then repeat at similar intervals a couple of times or so). More about this below.

One of the biggest obstacles to good results when still-freezing is the formation of unpleasantly large ice crystals during the freezing. In general, the ice crystals tend to grow this big if there is too much “free” water in the ice cream mixture, and if the initial freezing takes too long time.

You can address this problem in basically three different ways:

Why? A  higher content of fat in cream means that the mixture has better capacity to maintain air than, for instance, a mixture solely relaying on the fat found in milk. This is clearly visible every time you whip cream … also explaining why some of these recipes call for whipped cream to be added to the base. Up to a point, more fat in the ice cream base improves both the stability and the texture, and makes for a less “icy” (in a negative sense) ice cream.

A problem with “overly fatty” recipes, however, is that the ice cream may turn out to have an unpleasantly fatty-grainy texture. Moderation in all, in other words. In this vein, when working with whipped cream, make sure not to beat it too stiff … you do not want to end up with butter!  Another drawback with too much cream in an ice cream is that the high fat-content tend to mask, or dull, other flavours. By the way, some ice cream makers use melted butter instead of cream in their ice creams to gain the sought-after fat-level.

Using condensed milk instead of ordinary milk is one way of reducing the amount of water in the base mix. Adding some skimmed milk powder is another.

Adding more sugar to hamper ice-crystallisation is another. Inverted sugar (like glucose syrup or honey) has even greater capacity to do so than “ordinary” sugar, and many – even when using machine –  like to add at least some inverted sugar to improve the final smoothness.

Adding some alcohol will also prevent ice crystallisation – but too much will effectively prevent the ice cream from ever freezing. Usually, 1-2 tablespoons of ‘neutral’ alcohol like vodka in a batch of ice cream will make a clear difference without even affecting the flavour.

The longer it takes to freeze your ice cream, the larger the ice crystals that form will grow. And the more icy and unpleasant texture you will end up with. What can you do at home?

– Make sure all your ingredients/your ice cream base have been pre-chilled already before you begin the freezing. This is a basic advise for everyone making ice cream (also for those with ice cream machines), and for exactly the same reason – to reduce the final freezing time and get a better end-result.

– Make sure your freezer is cold enough. Use any “fast-freeze”-buttons, if available, when freezing the ice cream.

– Use shallow and/or smaller, sealed containers when freezing your ice cream, as this will reduce the freezing time. I have seen some people report great success with freezing their ice cream in ice cube trays (small, flat, and partly filled freezer bags will serve the same function). The overall freezing time is greatly reduced: when it is time to serve the ice cream, an appropriate number of “ice cream cubes” are simply put in a blender and combined into one chunk of ice cream.

Obviously a bit of a problem for those going down the ice cube tray-as-freezing container-road, but otherwise essential:

About 45 minutes after you first put your ice cream base into the freezer, take it out and rather vigorously churn it with a fork, spoon or electric hand mixer – you want to break up any frozen parts and mix everything together into a quite uniform “slush”. Return the ice cream base to the freezer, wait another 45 minutes and repeat. Then repeat one, or possibly, two more times at the same intervals. There is nothing wrong with churning more frequently either (like every 20 minutes or so), particularly when the freezing visibly has begun.

Why all this churning? Firstly, churning will beat a necessary amount of air into the ice cream base. The churning will also break down those unpleasantly large ice crystals which will have formed, threatening to ruin the texture of your final ice cream. And remember – if you have added alcohol to your ice cream, the freezing will take even longer …

After about 4-6 hours in the freezer, your ice cream should generally be ready (if used in the ice cream, alcohol will delay – even prevent – the  freezing, so do take this into account when planning ahead).

Before the ice cream is about to be served, allow it at least about 20 minutes out of the freezer to soften appropriately before serving it.

If you really are in a hurry, you could micro-wave the ice cream a few seconds – try with as little as 5-10 seconds to start with: not much is required to soften it up. However, I would not recommend re-freezing any ice cream melted that way (or another; this goes for all melted ice cream) – Myself, I only use it on quantities I know will be consumed right away :-).

Are you ready? Good – come and browse the recipes here!