Saffron, the world’s most exclusive spice, enjoys great popularity in Sweden, particularly around Christmas time. But Christmas times are often quite stressful, and consuming a lot of heavy traditional food can also take its toll. So, in order to keep fit and sound, try swapping some of those delicious saffron buns for a slimmer treat – Saffron frozen yoghurt!

Lucia, saffron buns and gingerbread cookies – could it possibly be more Christmas-like? Most Swedes would probably agree 😉 But let’s be inventive and leave some room also for Saffron frozen yoghurt!

I really love saffron and saffron buns. And while saffron buns are delicious, the same can be said about Saffron ice cream. But knowing that we all pretty much function like our stone-age ancestors can be a serious concern for all lovers of ice cream (and buns) – we humans like what is fat and sweet. And the food-energy which we do not use up is cleverly stored as fat – great if you are living on the edge in prehistoric times, not so great if you live a modern life of relative abundance and limited movement [if you, indeed, belong to the privileged part of mankind not affected by food-scarcity]. 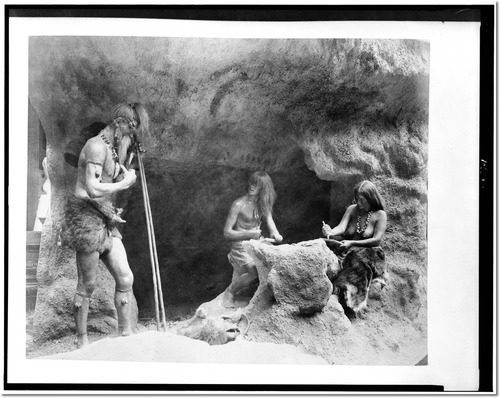 – You look well: seems you have stored up some good fat recently!
– Yeah: great, isn’t it? Who knows when we’ll eat next

Since Christmas for the fortunate amongst us often translates into an abundance of food, it might be wise to consider lighter alternatives. And frozen yoghurt is certainly a good alternative when it comes to frozen desserts.

Many commercial frozen yoghurts may be low on fat but (very) high on sugar, but the present recipe strikes a fair balance. And while hardly qualifiying as health food, it should still provide you with a relatively more guiltfree experience than ordinary ice cream.

I used “normal breakfast” whole yoghurt, but for even denser results, you could instead use Greek-style yoghurt. But ‘normal yoghurt’ does work – particularly because of the overall sugar content (and then particularly thanks to the powerful effects of inverted sugar) which keeps the frozen yoghurt scopable enough even without a lot of fat.

If you like to have a traditional add-in/add-on to your frozen yoghurt, begin by soaking some dried raisins in some appropriate alcohol. Swedish glögg, rhum, brandy, cinnamon liquor, vodka  … in fact, most alcohols should do, as long as the respective flavour is no mismatch to saffron. Leave for at least a couple of hours, preferably longer.

If you do not want any alcohol, try soaking the raisins in some of your preferred seasonal soft drink (Swedish julmust, Cola or other non-alcoholic drinks you consider fitting together with saffron). Make sure to add at least 1 tablespoon of inverted sugar (like agave nectar, corn syrup, or honey) to the non-alcoholic liquid if you plan on having the raisins as add-ins: this would be necessary in order to keep them from freezing too hard (alcohol, on the other hand, acts as a de-freezer in itself). 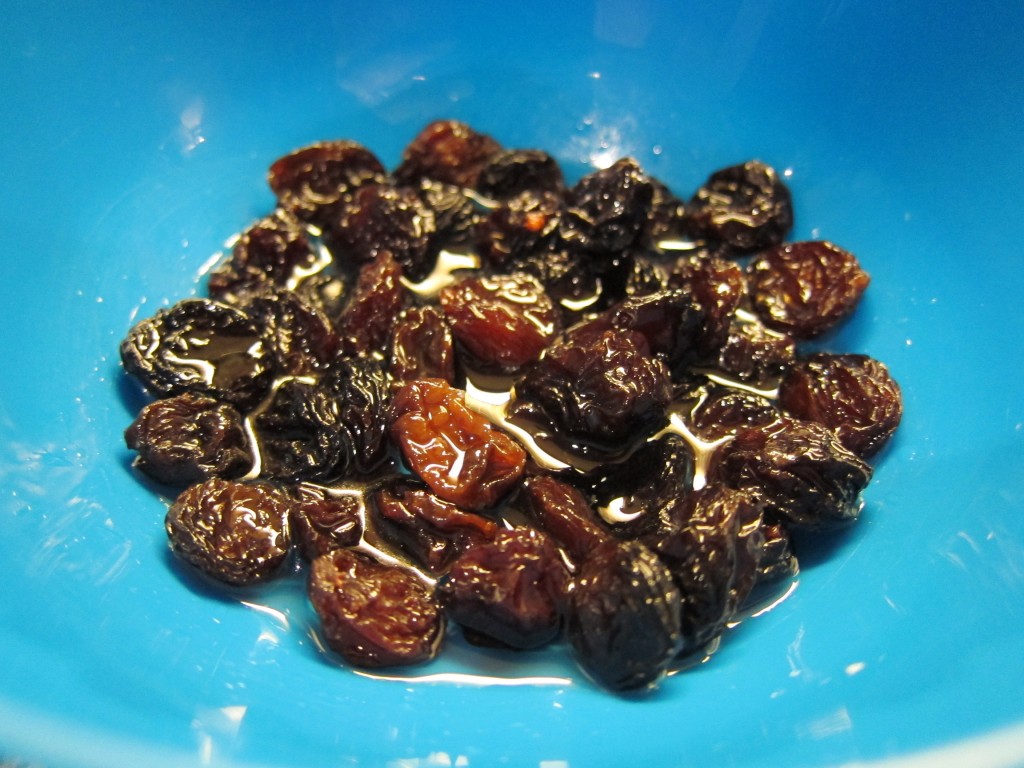 The preparation is super-easy: simply whisk together the cold yoghurt and cream with the sugar and the inverted sugar, as well as the saffron. 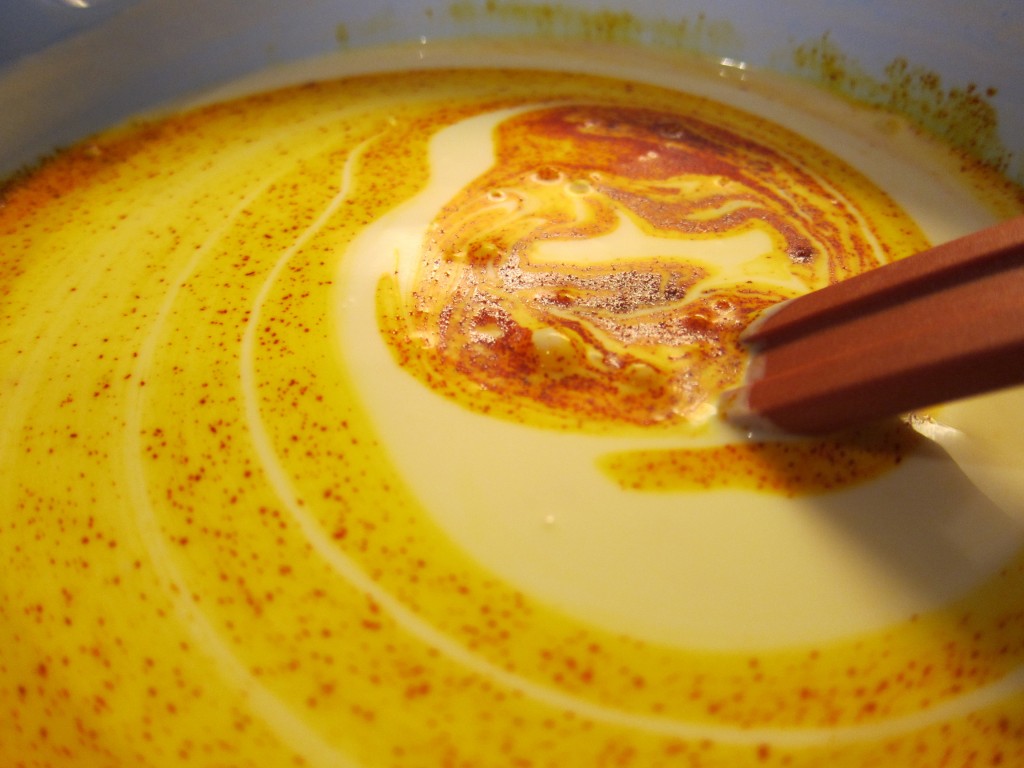 Saffron yoghurt base – very easy: just mix all ingredients together and churn until ready!

If you wanted your raisins as add-ins, you could either add them towards the very end of the churning, or blend them into the finished frozen yoghurt. If you want them as add-ons, simply sprinkle your servings with them! 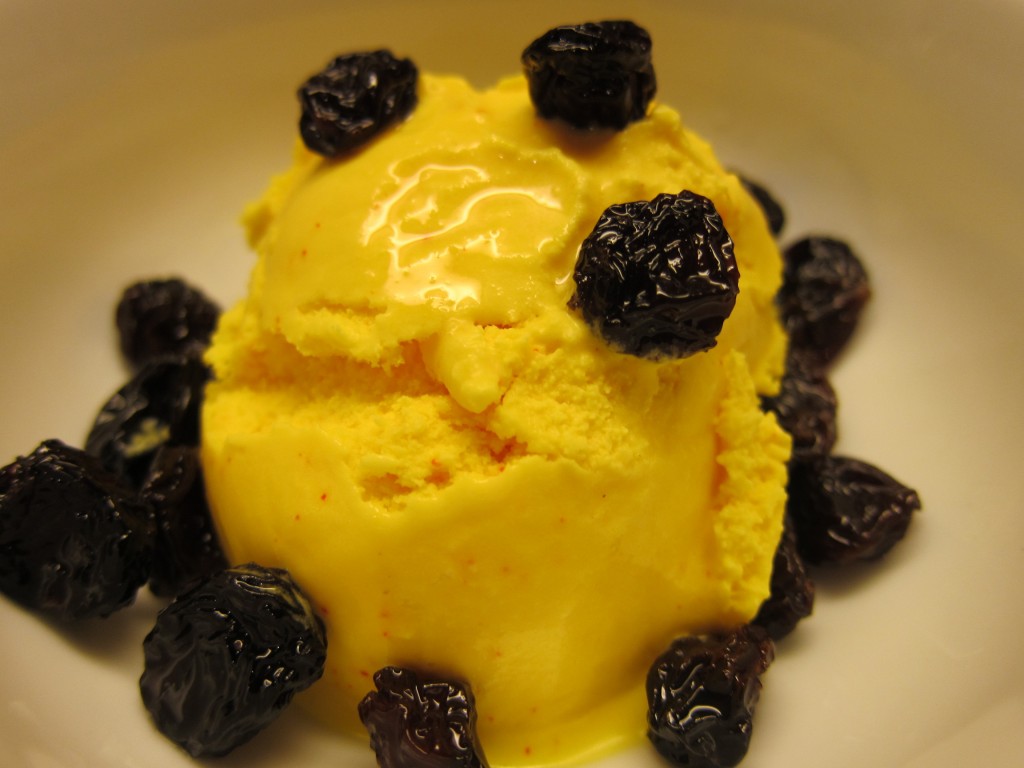 Or just enjoy the frozen yoghurt as it is, without any raisins! 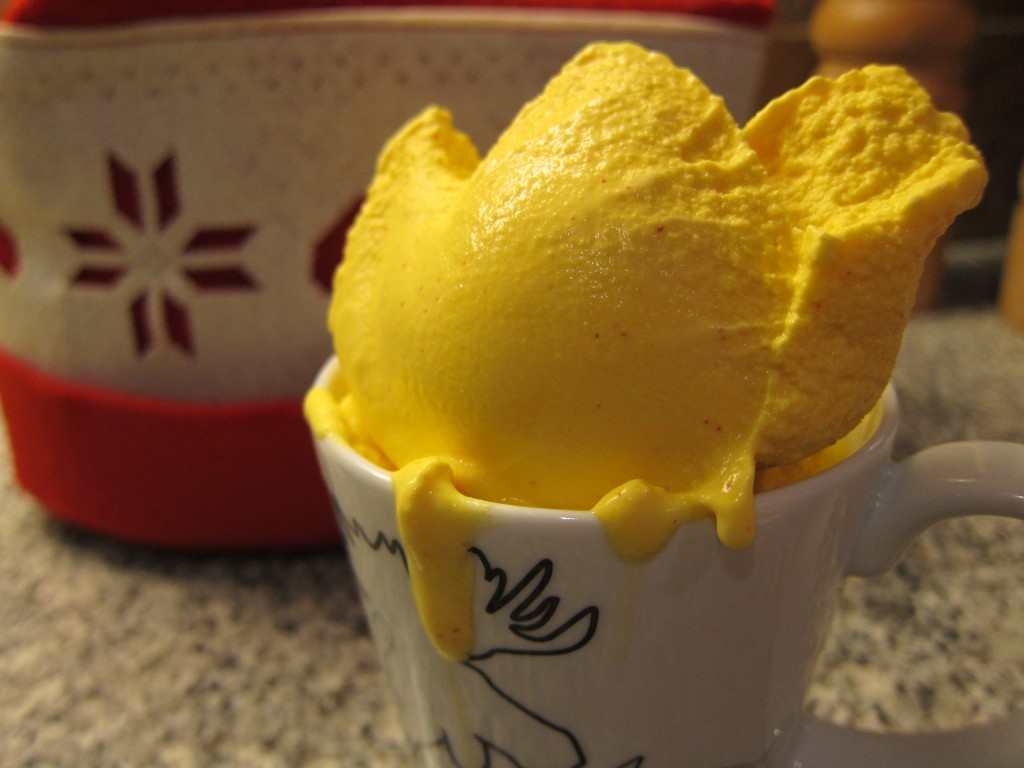 Mmm … Saffron frozen yoghurt – a quick, easy and well-tasting frozen treat. The fact that this recipe actually contains less sugar and fat than most ice cream recipes does not make it less appealing!

In times of Christmas-related stress, this might be just the thing to ease the tension!

Print
Saffron frozen yoghurt (Scandinavian Christmas special)
By: Anders@icecreamnation.org
A tasty and relatively lean frozen treat, flavoured with saffron - not only the world's most expensive spice but also one of the most highly cherished ones when it comes to Swedish Christmas cuisine.
Ingredients
Instructions
Wordpress Recipe Plugin by EasyRecipe
3.2.1269 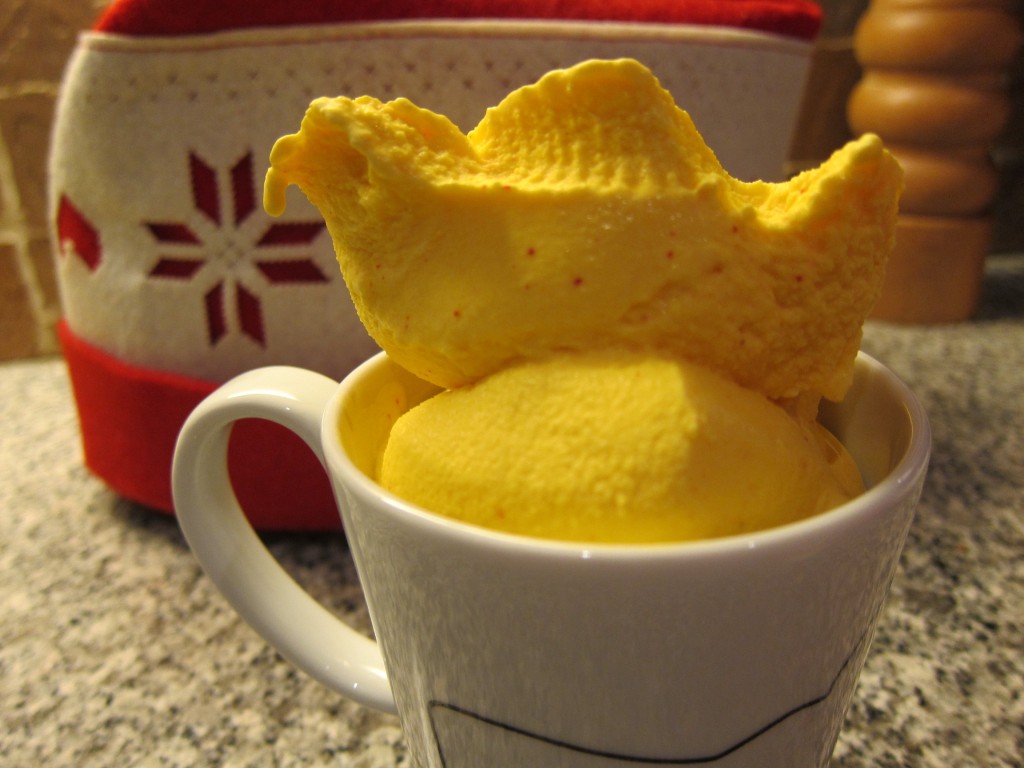