Crème Brûlee – this fantastic dessert, with its rich (typically vanilla-) custard and crisp layer of burnt caramelised sugar, has a special place in my heart.

Also known as Crema Catalana or Burnt Cream, its exact origins (France? Spain? England?) have become lost in time. The first known recipe, however, dates back all the way to 17th century France.   Like many ice creams, Crème Brûlée is based on custard. In other words – this classic dessert would seem to be a perfect candidate for transformation into an ice cream!

When preparing the custard base, I let myself be inspired by the South American tradition of using condensed milk for dishes like this (like flan) but used the unsweetened variety, evaporated milk. In case you do not have any evaporated milk available, however, the recipe should work well also with ordinary milk. For flavouring, I went with the traditional vanilla. But there are so many varieties of Crème Brûlée out there, so in case you would like to flavour your custard base differently (adding fruits, almonds, spirits or what have you), do experiment to your heart’s content:-) 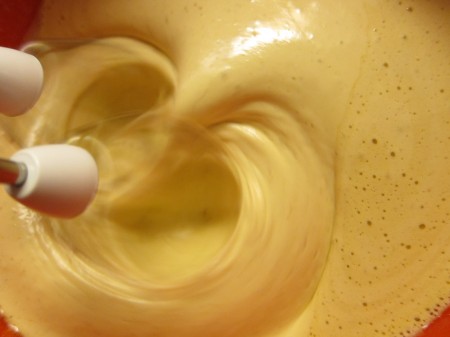 As for the preparation of the  custard base, this follows the “standard way” for French/Italian ice cream making. The usual caveats apply – monitor the temperature carefully and whisk continuously during the heating in order to avoid scrambled eggs in your ice cream base.

When it comes to the caramelised sugar, I have seen a few different ways of how to go about it.

Since I don’t have any Brulée blow-torch, however, I opted for simplicity: While still mixing brown and white sugar, I simply melted the part to be caramelised in a saucepan and kept it on the stove until it reached the stage of  liquid golden.  Then, I poured the melted sugar out to cool down and harden (make sure your surface can handle the heat), ending up with a rather thin ‘sugar mirror’. 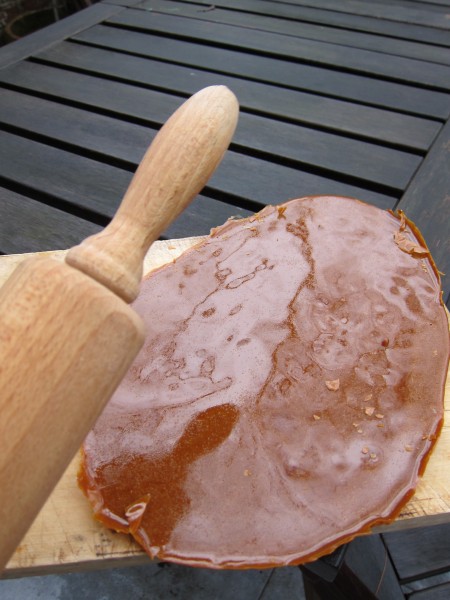 Using a rolling pin, I then crushed this cooled down and hardened ‘sugar mirror’ into smaller pieces of caramelised sugar – For the recipe as such, you need about 4 tablespoons but the left-overs can be sprinkled over the ice cream at the moment of serving – it both looks and tastes really nice! 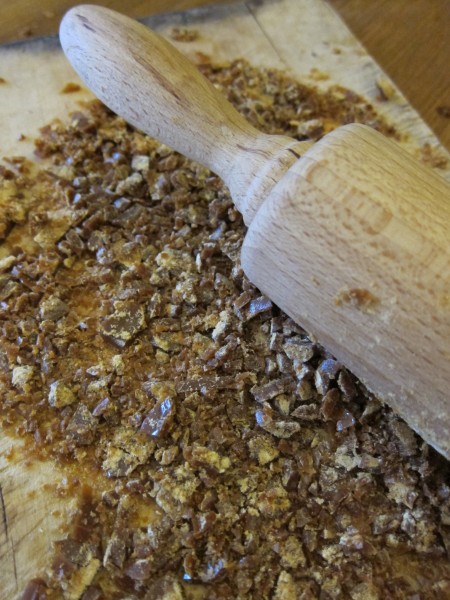 Ah, the final result –  Delightfully smooth, with a rich and enticing custard flavour of the right kind, and loaded with golden, caramelised sugar pieces.

This ice cream quickly qualified as one of my favourite flavours, and has met with general acclaim both amongst family and discerning friends. Clearly, this frozen cousin to the classic dessert can stand its own! 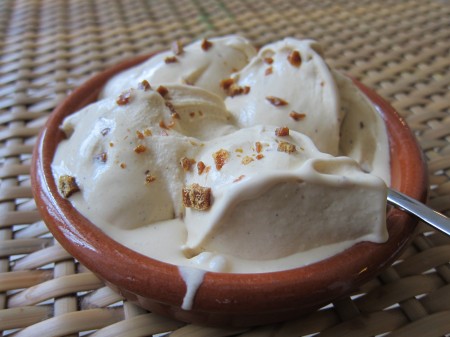 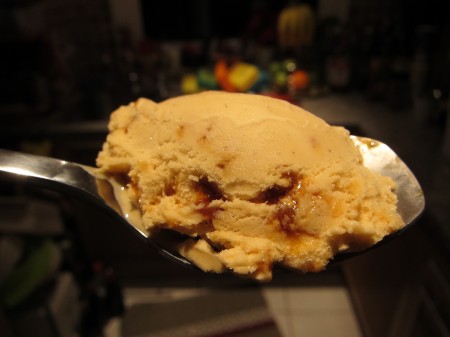 Crème Brûlée ice cream,  still delicious and now firmer in shape  (having spent a number of hours in the freezer)
Share