Longing for the tropics but without the means to get there?  Close your eyes, use your imagination and console yourself with this heavenly, full-bodied coconut ice cream! Extremely simple to make, it only consists of coconut milk, coconut flakes and sugar! 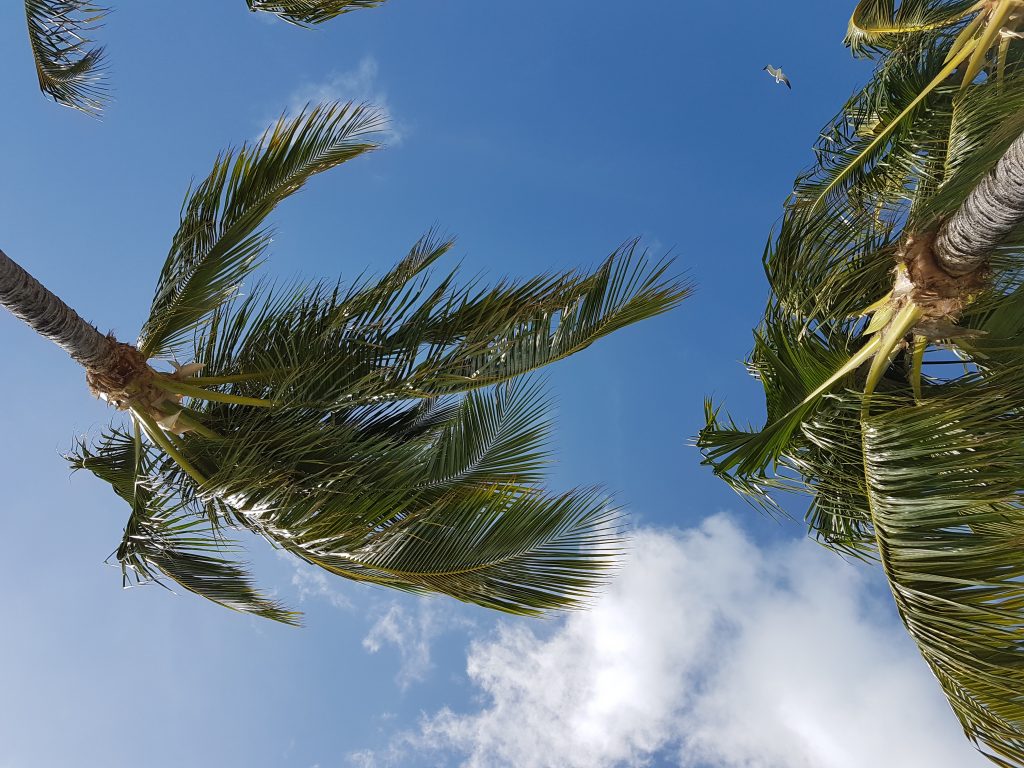 The tropics might be out of reach, but you might be able to get your hands on a can of coconut milk 🙂 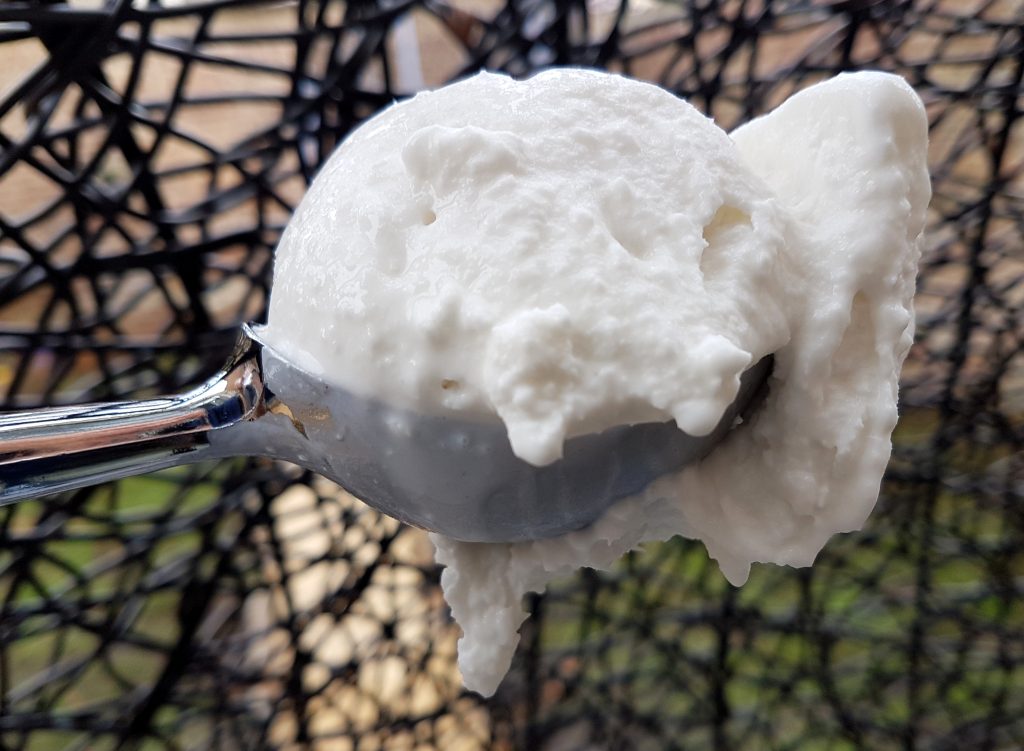 Coconut ice cream – as delicious to taste as it is easy to make!

When I had coconut ice cream for the first time as a child, I was not overly impressed. Don’t get me wrong – it was a perfectly acceptable “standard” ice cream, but perhaps I had envisaged the tropical flavour to come with more of a punch. Over the years, I have given coconut ice cream little thought, until my mother presented me with a delicious variety from the French frozen products-chain Picard. While generally critical to many industrial ice cream-products, I was quite taken in by their so-called “coconut sorbet”. I quickly decided to try to emulate the nice, soft texture in a recipe of my own … only to end up somewhere else, but equally nice.

As you probably know, coconut is a quite strong and particular flavour – add it to practically whatever, and it all tends to taste like coconut. Thus, I decided to go all-in and use coconut milk or coconut cream (unsweetened!) instead of cow-based dairy. I then added a handful of flaked coconut and sugar: Mix it all together and hep – the base is ready! (purists may also like to swap the sugar for coconut sugar, but I did not go that far myself 😉 )

If you have an ice cream machine, just go ahead and churn now. If you have not, put your base in a container and still-freeze it in your freezer! 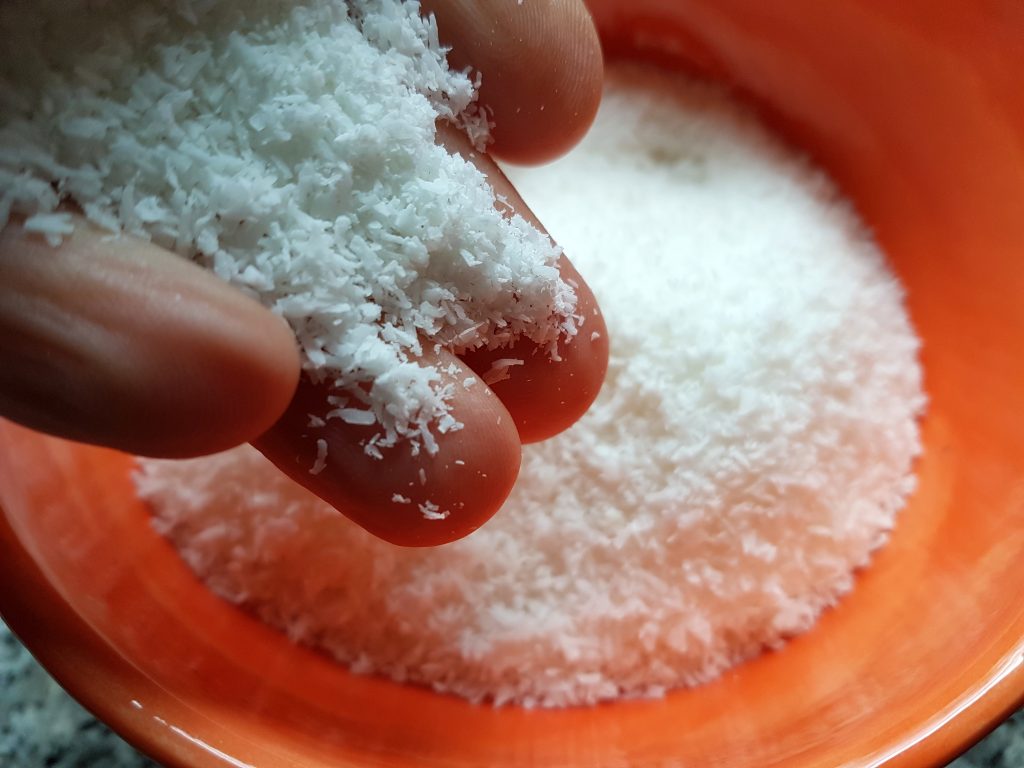 It is important that you choose coconut milk (or coconut cream) with a fairly high fat-content: otherwise, the texture of the ice cream will be compromised. You may also have noted that the recipe contains slightly more sugar than “normal”. This is not only to satisfy my sweet tooth but another way to protect the ice cream from freezing too solid once it has spent some time in the freezer. And while the solid coconut flavour might be exactly what you long for, I warmly recommend adding a tablespoon or two of lime juice to the base: lime goes well with coconut, and the citric tinge also adds a welcome contrast to the overall sweetness.

If you like, you could replace some of the sugar with any suitable inverted sugar (like Agave nectar): this will make the ice cream taste slightly less sweet (which may or may not be a good thing, depending on your preferences) but still maintain the desired anti-freeze effect. 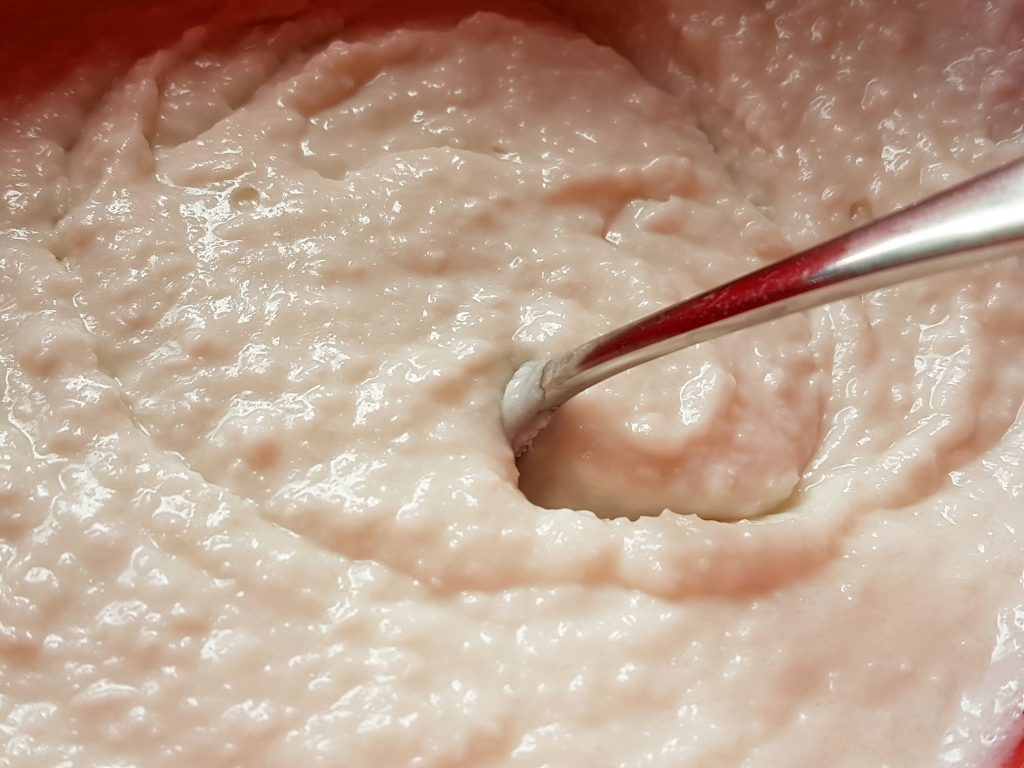 Once all ingredients have been mixed together, the resulting base should be quite thick 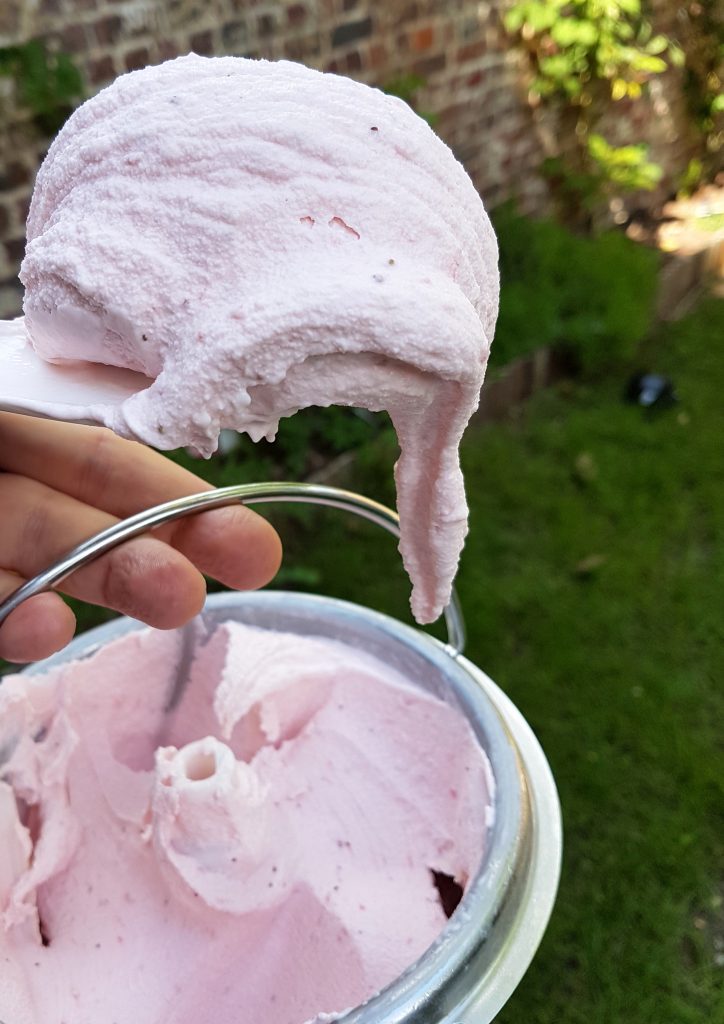 This is what it will look like fresh from the churning!

A mouthful of pure coconut … 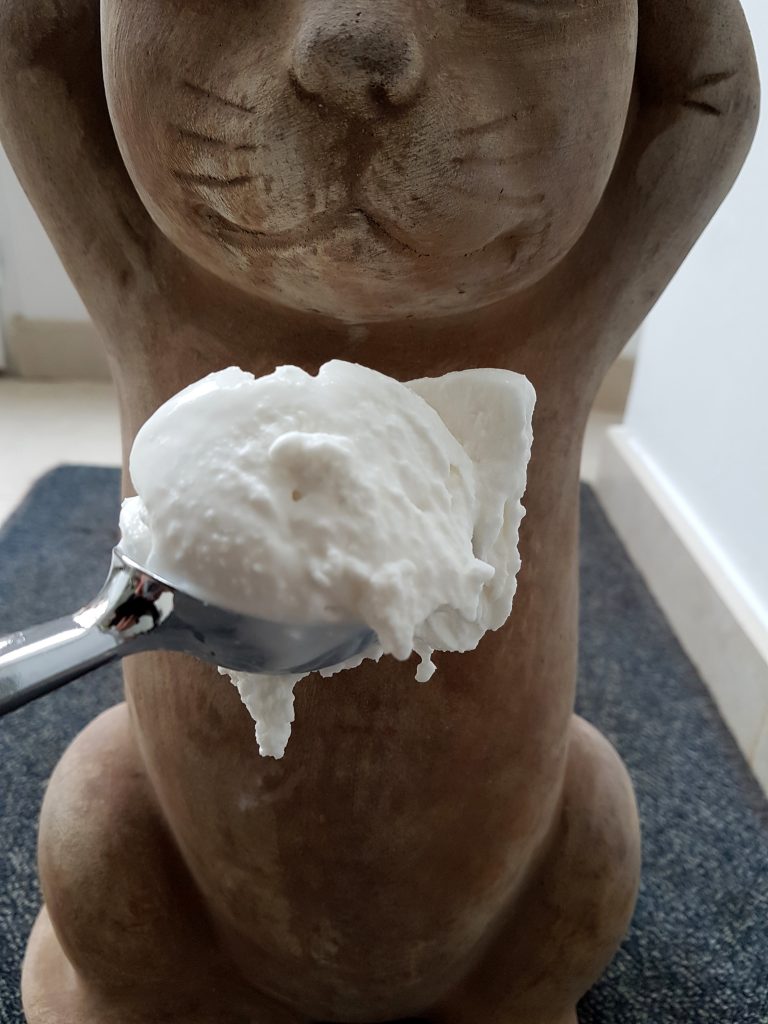 This is an all-out coconut ice cream! Uncompromising in its full-blown coconut flavour, it promises a nice mouthfeel and a really nice texture, not least thanks to the coconut flakes! For the best experience, try to enjoy it relatively freshly made – If you are a friend of the coconut, it is spectacular!

If  coconut strikes you as a somewhat … overbearing flavour on its own – no problems! Combine your rich coconut ice cream with some other contrasting ice cream flavour, or perhaps a suitable cake or pie! 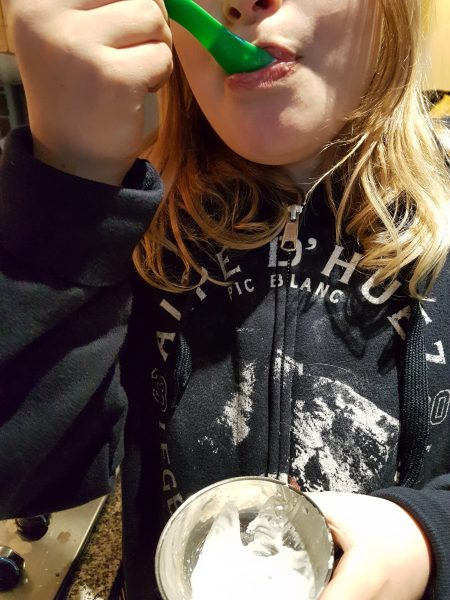 This ice cream can be stored and saved for later in the freezer, but might freeze a bit stiff: mainly an effect of the proportions of fat, solids (the coconut flakes), and the sugar. If you like to experiment [and particularly if you plan on still-freezing the ice cream], you could counter a freeze you consider too deep by replacing some of the sugar with inverted sugar (such as Agave nectar), or by adding a tablespoon or so of alcohol (either neutral vodka, or possibly something flavoured with coconut) to the base.

Or adopt a philosophical approach and simply let the ice cream thaw sufficiently before serving it (the freeze is not that bad, after all 🙂

That said, the family tasting panel was unanimously favourable to this ice cream. Whichever way you chose to make it, I hope you’ll receive the same enthusiastic response!

Print
Coconut ice cream (vegan, even!)
By: Anders@icecreamnation.org
Full-bodied and super-easy-to-make Coconut ice cream, guaranteed to satisfy both vegans and non-vegans!
Ingredients
If you plan on storing the ice cream in the freezer rather than enjoying it straight away and want to ensure an even more scoopable ice cream:
Instructions
Wordpress Recipe Plugin by EasyRecipe
3.5.3226
Share