Midsummer Eve is approaching! And if you believe in the magic of that shortest night of the year and would like to dream about your future spouse, you should pick seven different types of flowers and put them under your pillow. But we will be picking a particular plant to bring about some frozen magic – deliciously sweet and tart Rhubarb yoghurt ice cream! 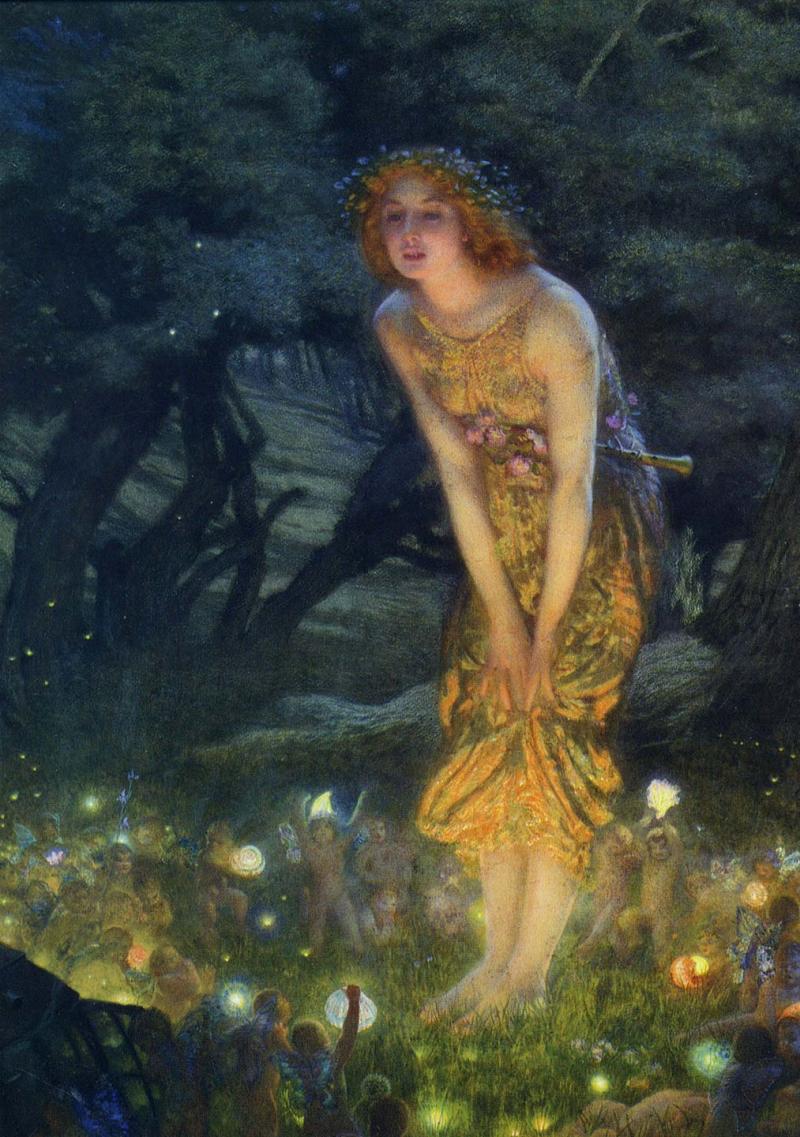 In temperate climates, rhubarb is quite a seasonal plant. So when the characteristic, unmistakable stalks at last begin to show up in the shops, I know for certain that summer is here.

I have understood that rhubarb, at least in some regions and circles, is a fairly neglected and often dismissed plant. Yet, it is a great dessert ingredient. Sweetened with sugar, rhubarb manages to convey a fascinating, special and very tasty flavour combination of tart and sweet. With an ancient history as a medicinal plant, rhubarb also packs a lot of healthy dietary fibre, so not only does it taste good – it is good for you.

You may have heard that rhubarb contains dangerous oxalic acid. That is true, but mainly concerns the bitter and (for humans) pretty inedible leaves – no big deal to leave those alone, I’d say (and fatal doses of those leaves would still require eating several kilos of them). The reddish leaf stalk – which is the interesting part from the point of view of human consumption – mainly contains benign malic acid, which provides rhubarb with that pleasant tartness. And let me assure you – if rhubarb really would have been dangerous, I would have perished decades ago 😉 . 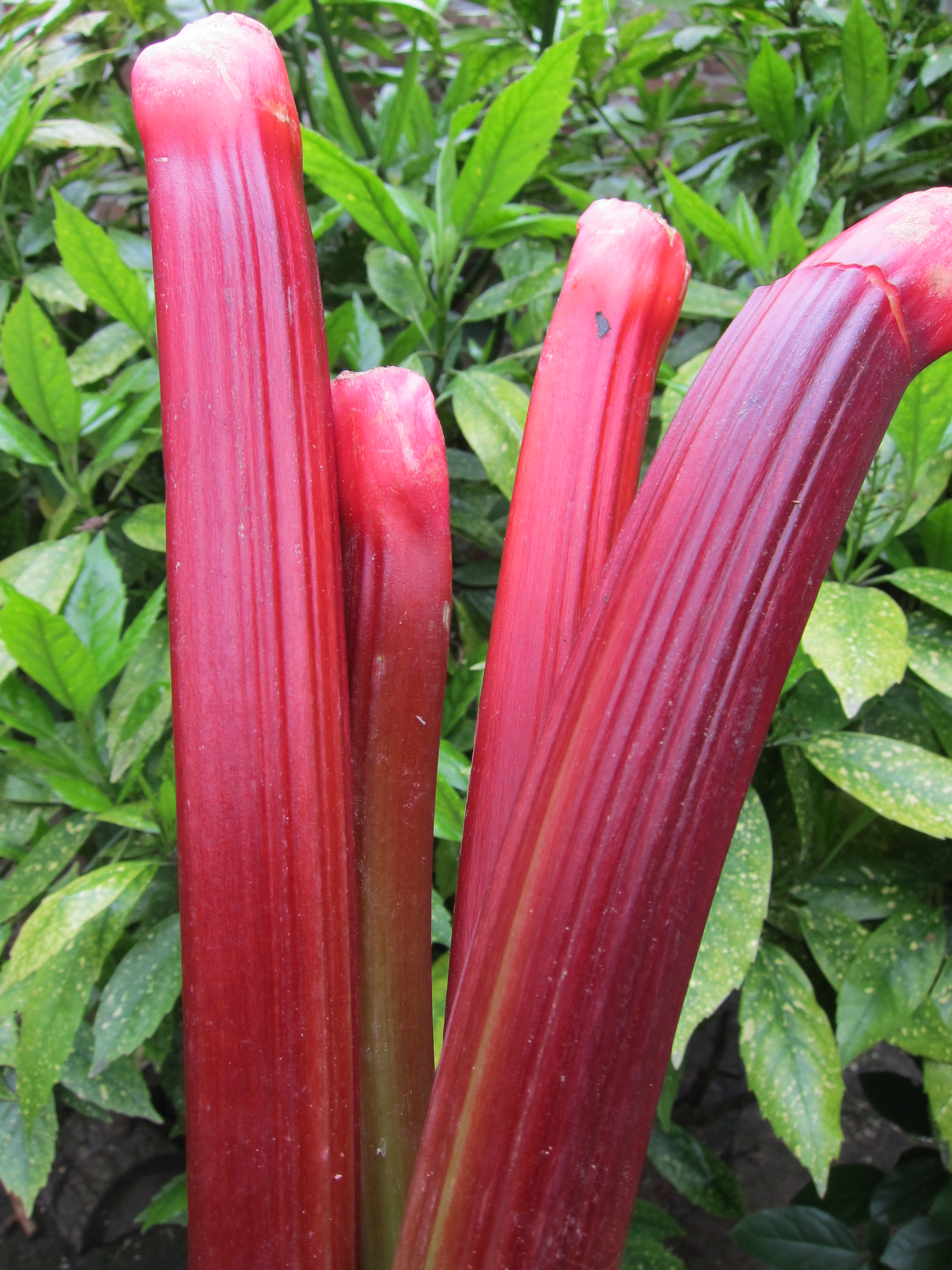 This recipe is one of my absolute favourites, and I have made it so many times that I lost track already long ago.  Actually, when rhubarb is in season and I do the shopping, the effect is almost hypnotic: whenever I find rhubarb on the shelf my hands almost automatically reach out to grab a handful of the alluring leaf stalks.

As readers of the site may know, this recipe (an earlier version with slightly different proportions) has even appeared in a post a couple of years ago. Since then, however, I have been tweaking and improving the recipe further: a positive side effect of making this frozen pearl so very often!  Generally, these improvements have increased the proportion of fruit and spices and decreased both the amount of cream and of yoghurt. Taste-wise, I would say that this had lead to a stronger, more exciting and vivid overall flavour, less inhibited by the generally flavour-softening effects of cream. Let me also assure you that the nice, tangy touch provided by the yoghurt remains.

The preparations are very simple and quick: it takes less than ten minutes (and minimal efforts) to cook a quick rhubarb purée, which you basically combine with the yoghurt and the whipped cream.

And no – there is no need to use any fancy Greek-style yoghurt, unless you particularly would like to [although using it is an option to consider if you have no ice cream machine, and want to improve the consistency of your still-frozen yoghurt by increasing the amount of fat]. But if you have an ice cream machine, ordinary’ plain breakfast-yoghurt should work perfectly well. 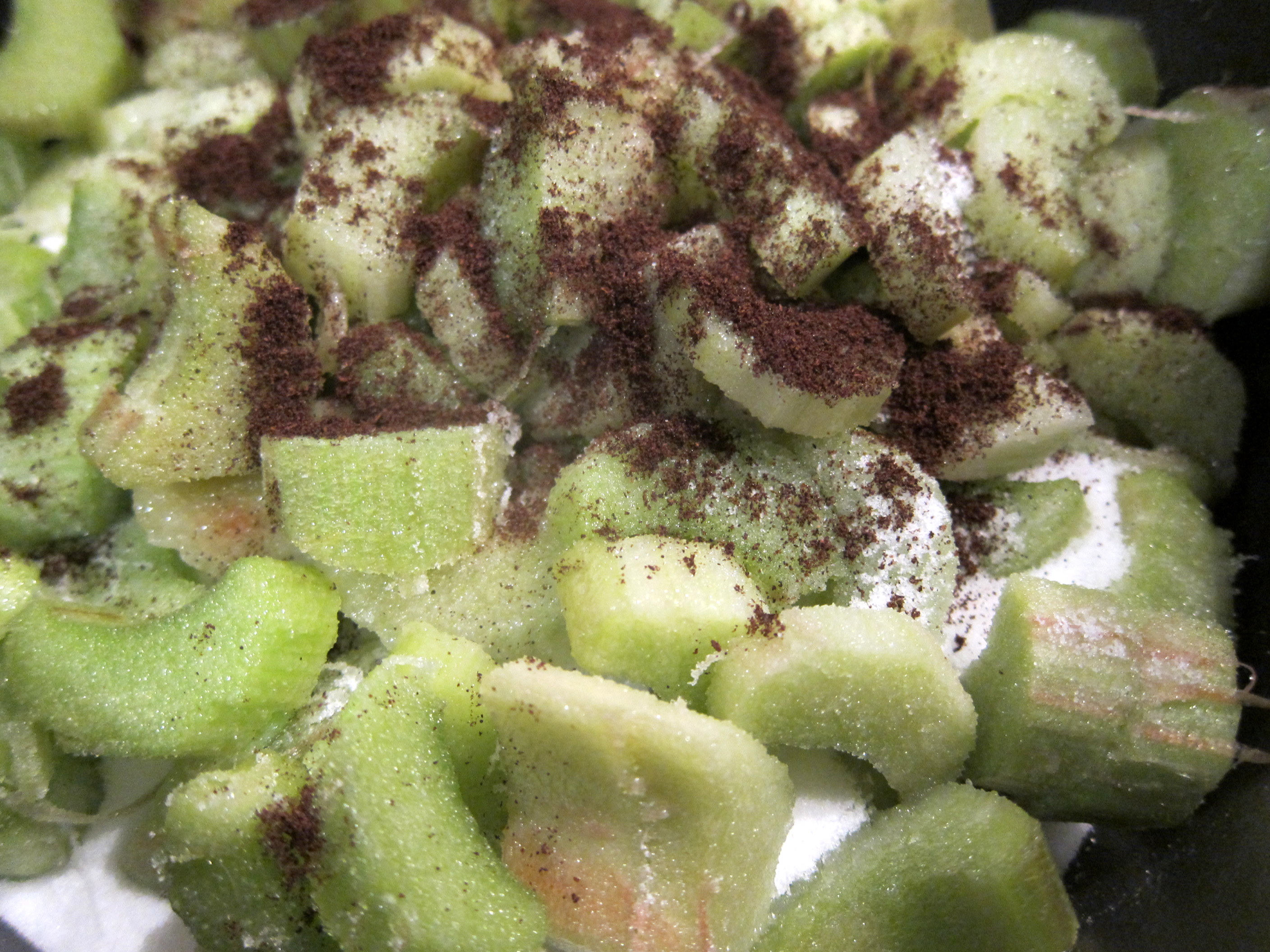 Less than ten minutes’ simmering on the stove (and a finishing touch with a hand mixer), and all this will be transformed into delicious rhubarb purée

The less-than-ten-minutes-to-make purée (in more detail)

Peel the rhubarb stalks and chop them up in smaller pieces. Put them in a saucepan, together with the sugar and the vanilla. Since the stalks contain a surprising amount of liquid, you could then start cooking the purée on simmering heat for about 8 minutes (or 3-4 minutes in a micro-wave, I have been told). Once the rhubarb stalks, the sugar and the vanilla has turned into an aromatic purée, take off from the heat and add the cinnamon.  Let cool down (It is ideal if you have time to let the purée chill a few hours in the fridge). With a hand mixer, make sure that the purée really is thoroughly puréed and smooth.

The even easier next step: blending it all together

Whisk the cream to the stage of almost-stiff peaks  (whipping the cream will bind more air into the ice cream and improve the final overall consistency). Blend in the yoghurt. Blend in the cooled down (or ideally even chilled) rhubarb purée. Voilà – the frozen yoghurt base is ready! 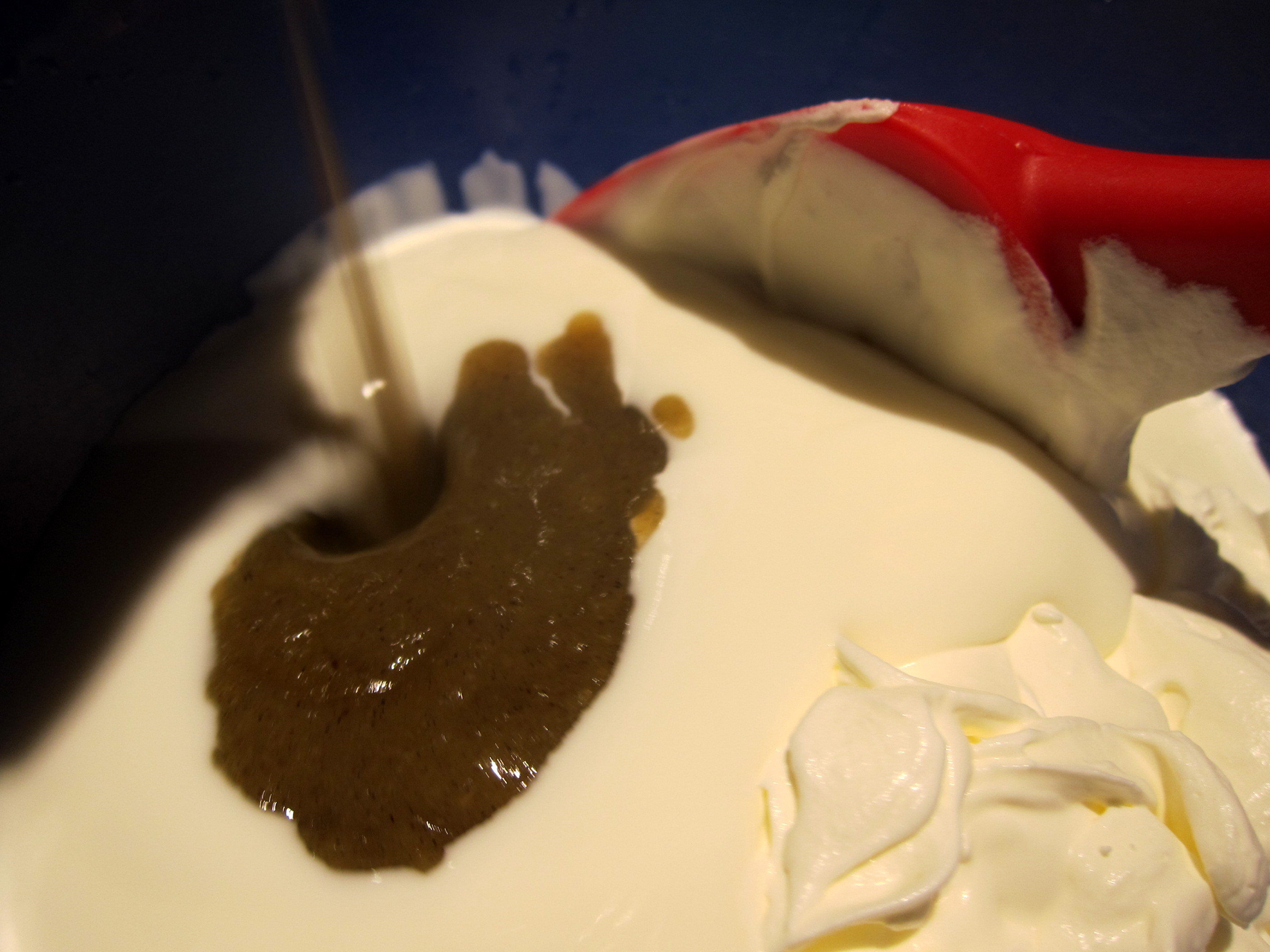 The whipped cream, the yoghurt and the sweet-sour and spicy rhubarb purée: Blend it all well together 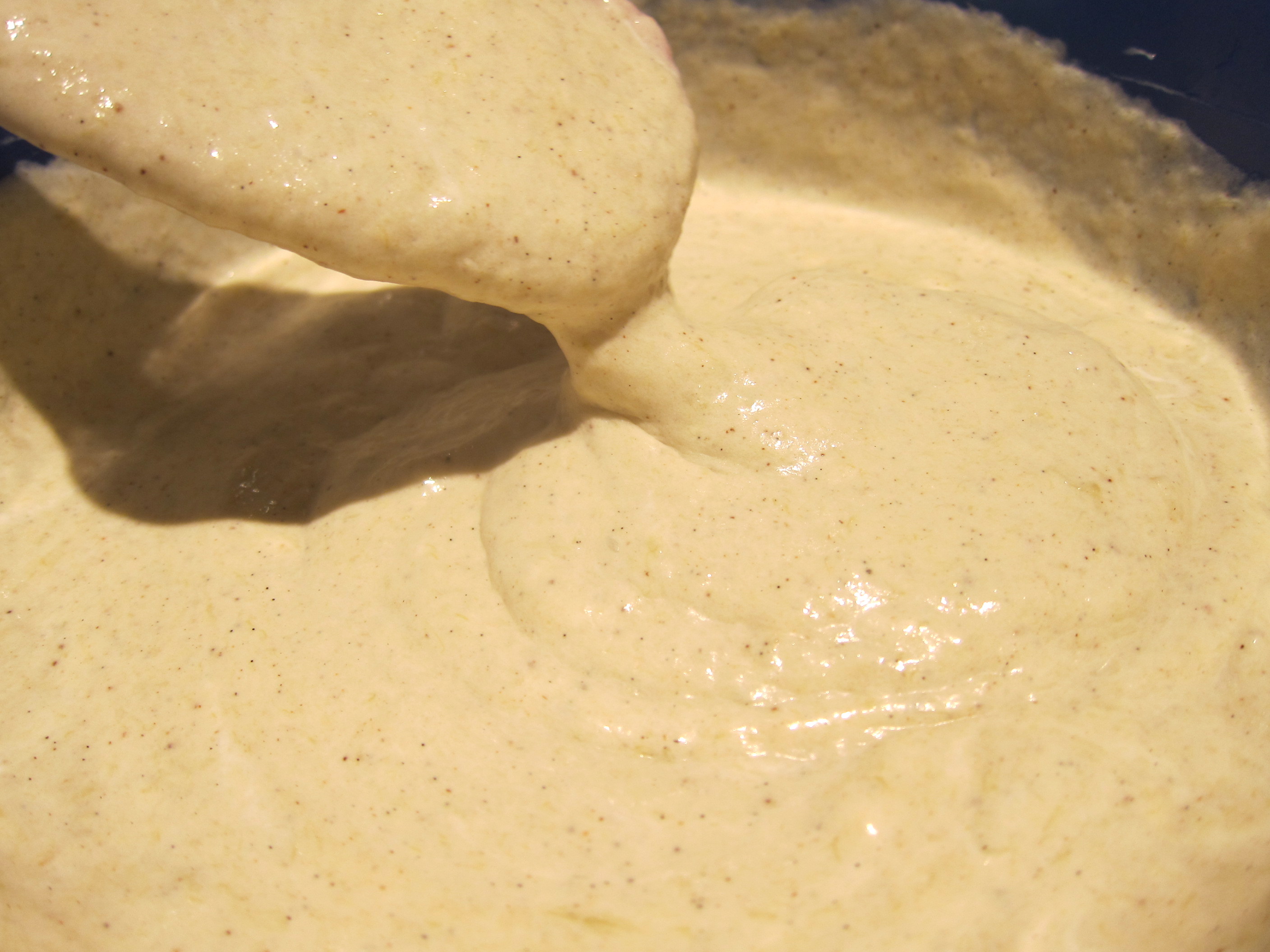 Mmm … this is what the frozen yoghurt base looks like before churning. In case you would like to add more cream, the base will turn paler.

A few remarks on the recipe

Technically speaking, since the proportion of cream is quite limited, it is important to whip the cream to be used (in order to put as much air into the base as possible, for the sake of good final consistency). The yoghurt ice cream is, however, still prone to freeze relatively firm. On the other hand, I know very few ice creams that taste so wonderfully freshly churned! In fact, many of my batches never make it from the ice cream machine to the freezer 🙂 . Eating this ice cream fresh from the churning is highly recommended, and extremely pleasurable.

If you would like to improve the frozen consistency somewhat (without resorting to otherwise advisable softening the portions before serving, possibly even including slightly micro-waving them), you could experiment along the following well-established lines: 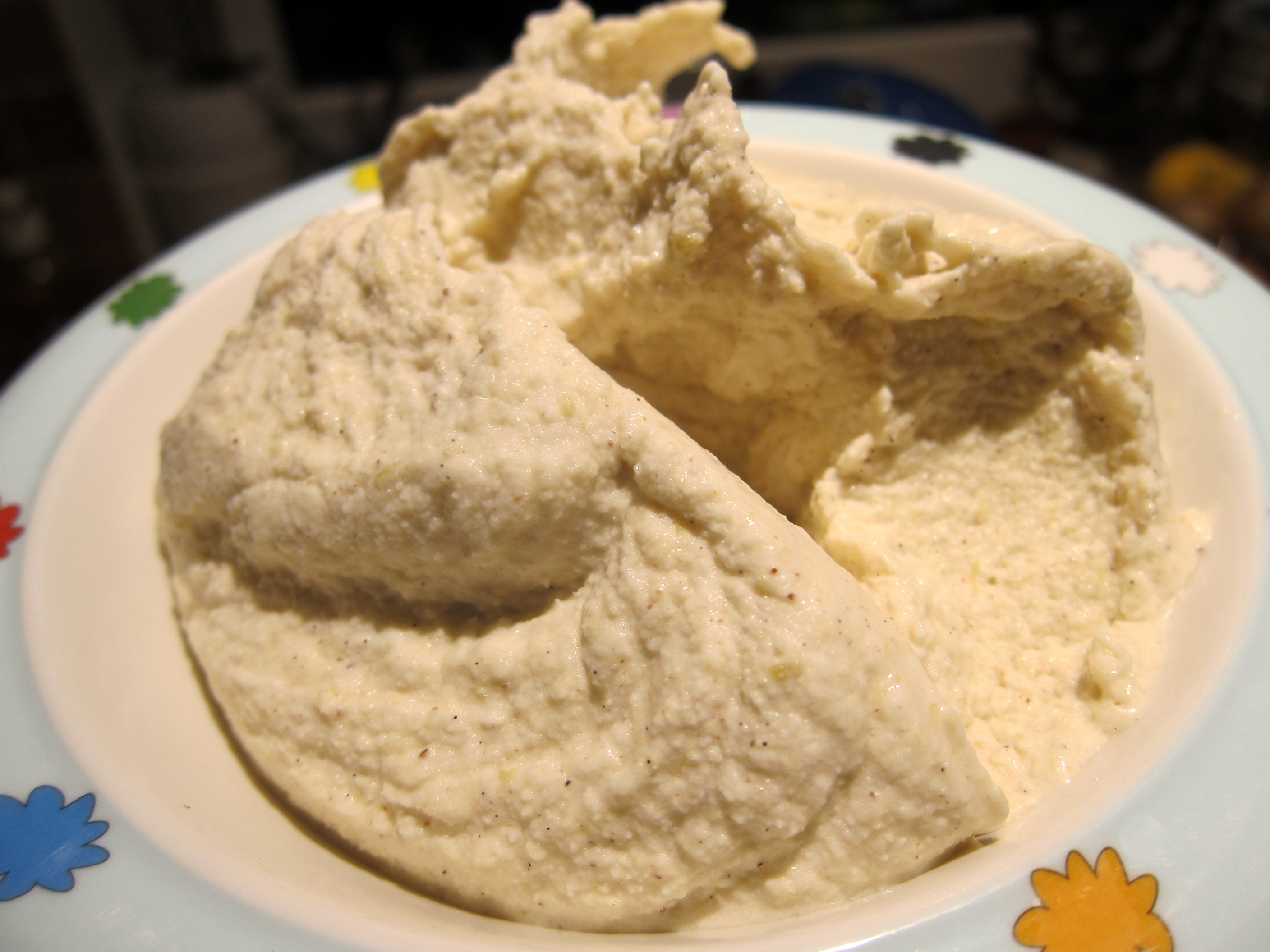 It is always risky to argue about taste, and there are certainly many delicious flavours (like strawberry) competing for the title of “Best summer ice cream”.

But while I –  seemingly in good company with the rest of mankind – also like strawberry, my own particular favourite ice cream flavours tend to fluctuate with the mood and the weather. But every summer, there is one flavour that constantly manages to stand out from the rest … year after year. Rhubarb is simply perfect for ice cream.  And rhubarb in combination with refreshing yoghurt, the softening touch of cream, the sweetness of sugar and the rich, alluring spices … this great flavour just continues to be my Number One favourite summer ice cream!

I love it! The whole family loves it!  Oh, I could go on and on, ranting about how good it tastes. But Midsummer Eve is approaching, and I can feel the rhubarb stalks calling out to me from the kitchen. “Come and turn us into ice cream” they beckon. And who am I to resist a call like that? So heed my advise – just grab some of those reddish stalks and try it out! You may end up with a new summer favourite of your own!

Print
Rhubarb summer yoghurt ice cream
By: Anders@icecreamnation.org
One of my personal all-time favourites, with proportions refined and joyfully tested over the last years, whenever rhubarb has been in season! The spices, the yoghurt and the cream in combination with the sweetened tartness of the rhubarbs all combine into one of the most delicious summer ice creams I know of!
Ingredients
Instructions
Wordpress Recipe Plugin by EasyRecipe
3.2.1249 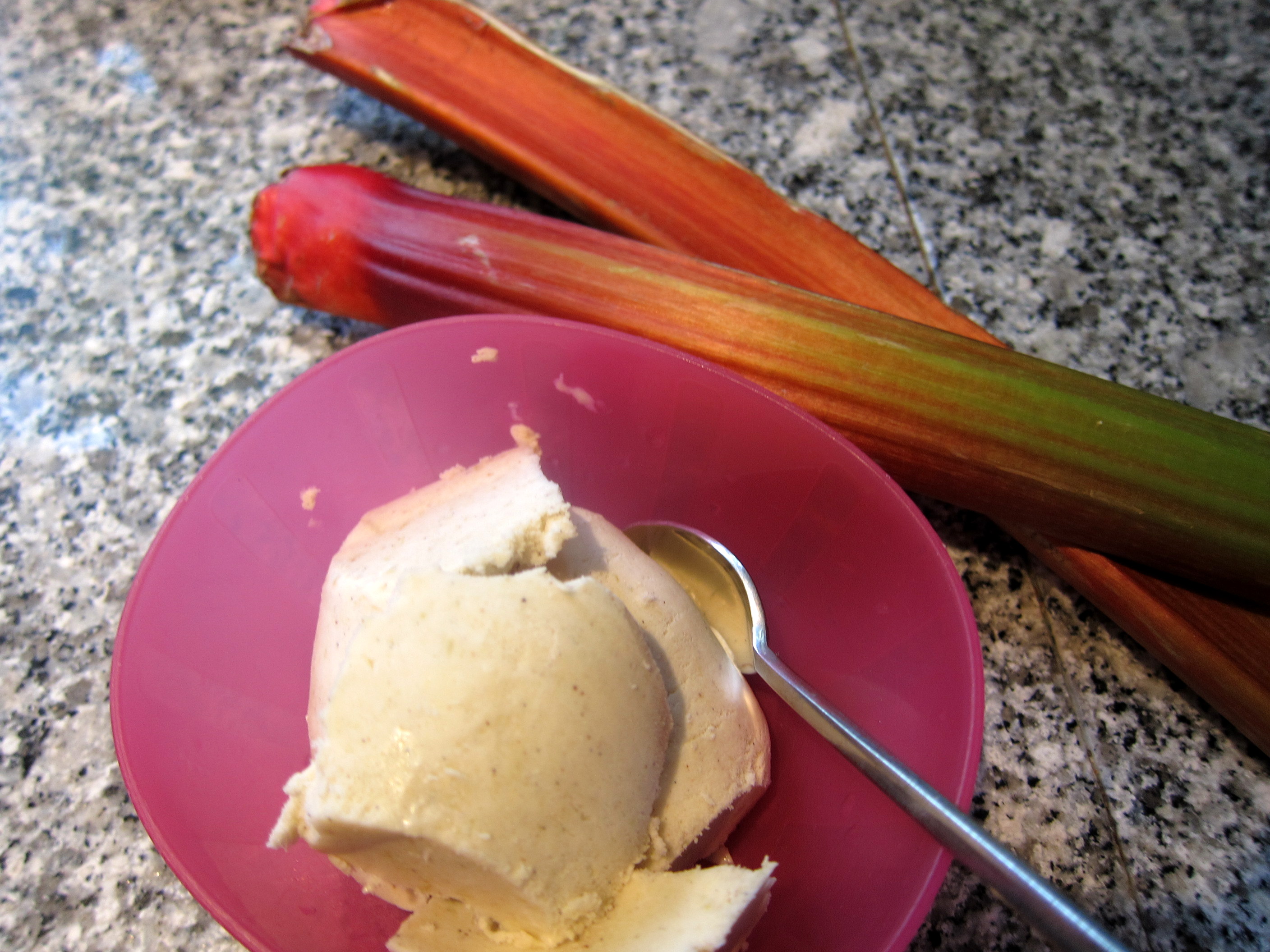 While this rhubarb yoghurt ice cream is absolutely mesmerising freshly churned, the properly frozen product is also very nice and a pure joy to consume.

PS. Want to learn more about Swedish Midsummer? Check out this hilarious film (‘Midsummer for Dummies’) and expand your inter-cultural understanding 😉