The other day, I was suddenly overwhelmed by strong cravings for chocolate and hazelnuts. Most of you may be familiar with such feelings;  sentiments we likely shared with industrious ancestors from the  Stone Age (for the nuts) and the ancient Mayans  (for the chocolate).

Nuts are sometimes referred to as healthy ‘Stone Age food’. I always imagined some lone Stone Age types walking around looking for nuts in a rather haphazard way. Little did I know that as early as about 7000 BC, in Mesolithic times, hazelnuts appears to have been large-scale processed by humankind [if the link no longer works, the reference is to an article in British Archaeology, no 5 June 1995]. Clearly, the abilities of Stone Age people should not be underestimated!

In that context, chocolate processing turns out to be a real junior. Cacao beans seem to have been harvested as early as around 1400 BC or so, but then seemingly in order to ferment the pulp to alcohol … Actual drinking of chocolate probably came later, during Mayan times. Still, their cacao drinks were unsweetened and rather bitter; it would be the Spanish who came up with the winning idea to add sugar. 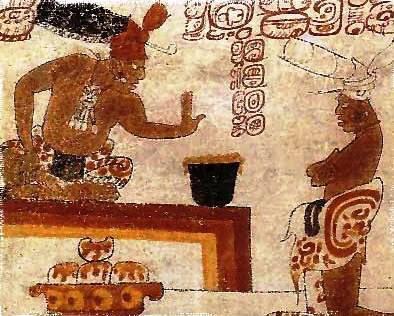 I will not dwell on the healthy aspects of chocolate and hazelnuts: it suffices to say that both – if consumed with some moderation (and allergies permitting) – contribute to life and well-being in general.

Thankful for the invention of ice cream-making (wholly unknown both to Stone age-people and the old  Mesoamericans),  I decided to make an ice cream based on these two nice ingredients. In spite of my normal predilection for starch-based ice creams, I now set out for a classic custard-based ice cream.

But making custard-based ice cream takes quite some time, right?  True – it is not the given choice for the impatient ones. And most of the time it takes is actually spent waiting for things to cool down and chill!  After the cooking, the ice cream base needs to cool down sufficiently to gain entry into the fridge (you do know that you are not supposed to put warm things, and certainly not hot things, straight into your fridge, right?). And once in the fridge, the base should ideally chill and spend at least 4-5 hours there, preferably longer (like over night)  before churning … the reward being a better final result.

Putting my eyes on the price (and luckily being relatively skilled in postponing gratification; supposed to be a sign of maturity … hmm?),  I went ahead anyway.

It might not come as a surprise to anyone that chocolate ranks very high on the list of  the world’s  most popular ice cream flavours.  Consequently, there is also an abundance of chocolate recipes out there.

Looking through some trustworthy sources, I decided to follow the  safe route paved by my favourite American in Paris – David Lebovitz. The recipe in his iconic ice cream-book “The Perfect Scoop“ seemed perfect for any chocolate aficionado – the only alterations  I did was to reduce the amount of cream somewhat (instead using more milk, together with a couple of extra egg yolks to maintain overall stabilisation), and to add hazelnuts (and, optionally, a couple of tablespoons of Kahloa coffee liqueur, mainly in order to ensure a softer consistency).

By the way, one thing that I particularly like with “The Perfect Scoop” is the playful variety of suggested ways to prepare the ice creams. Many ice cream cook books tend to stick to mainly one or two different base recipes, then repeated with different flavours and add-ins over the pages that follows. David, on the other hand, regales the readers with several different ways of doing even the  basic things.  For that reason, you will find that the custard preparations here differ slightly from the routine that I normally tend to follow (see, for instance, these  other posts). But ice creams can be prepared in many different ways – and it is allowed to experiment;-) 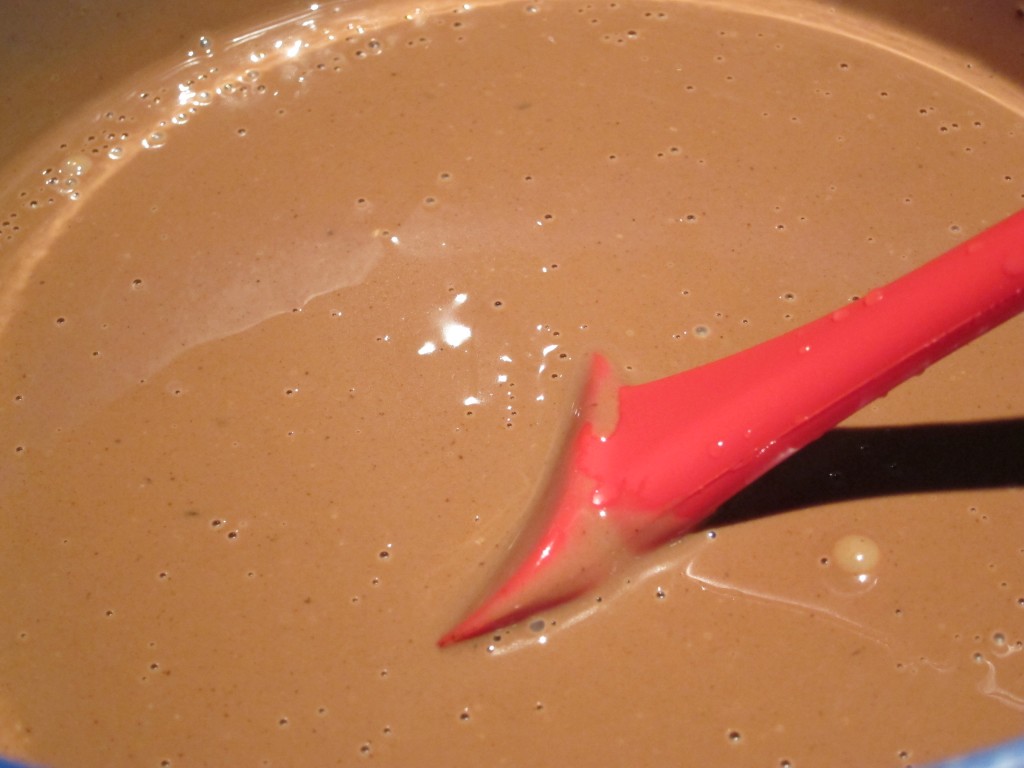 … and don’t forget to roast the hazelnuts!

Following common ice cream-making wisdom (and also well elaborated in David’s book), I began by roasting the nuts.  Why? Mainly because non-roasted nuts start to turn soggy after some time spent as part of an ice cream (when the churning is over, a standard home-made ice cream still consists of about 60 % (unbound) liquid … no wonder that the inside of a seemingly  frozen dessert actually can be a rather moist environment).

Some would probably also add that roasting the nuts may enhance the flavour of the nuts. After a 10 minutes-trip in the oven (180º  Celsius (356º F) they were ready to be peeled (but do let them cool down somewhat before you begin that task …).

Once cooled down and preferably also chilled for a while in the fridge, the nuts should be added to the ice cream.  I wanted them whole but if you prefer bits and pieces of nuts,  just chop them up before using. 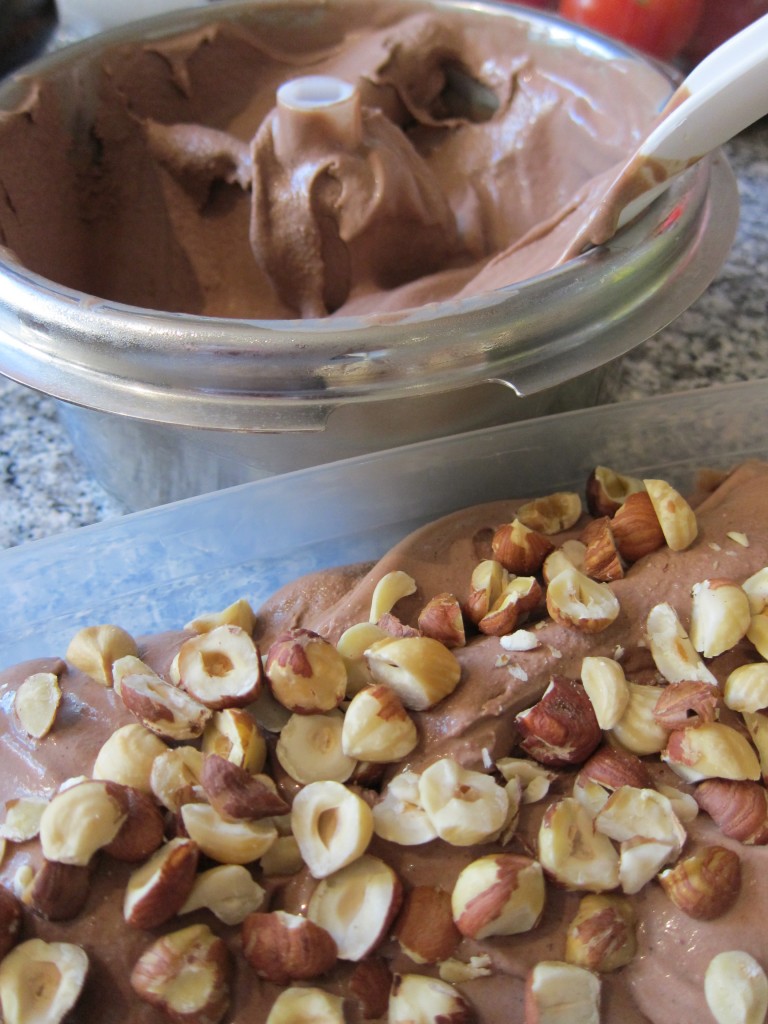 If you – like me –  have a soft spot for chocolate and nuts, this ice cream will not last long in your home.  It took me quite some  willpower to resist the initial urge to enjoy most of it straight from the machine, right after churning.  But I held out, just to be able to savour the  more frozen, full-fledged ice cream that emerged after about  2-3 more hours in the freezer: Exquisite!

And in case you don’t mind using some alcohol, and want to give a further adult twist to this ice cream, serve the scopes with 1-2 tablespoons of Kahlua or any similar coffee liqueur: the combination is sterling! 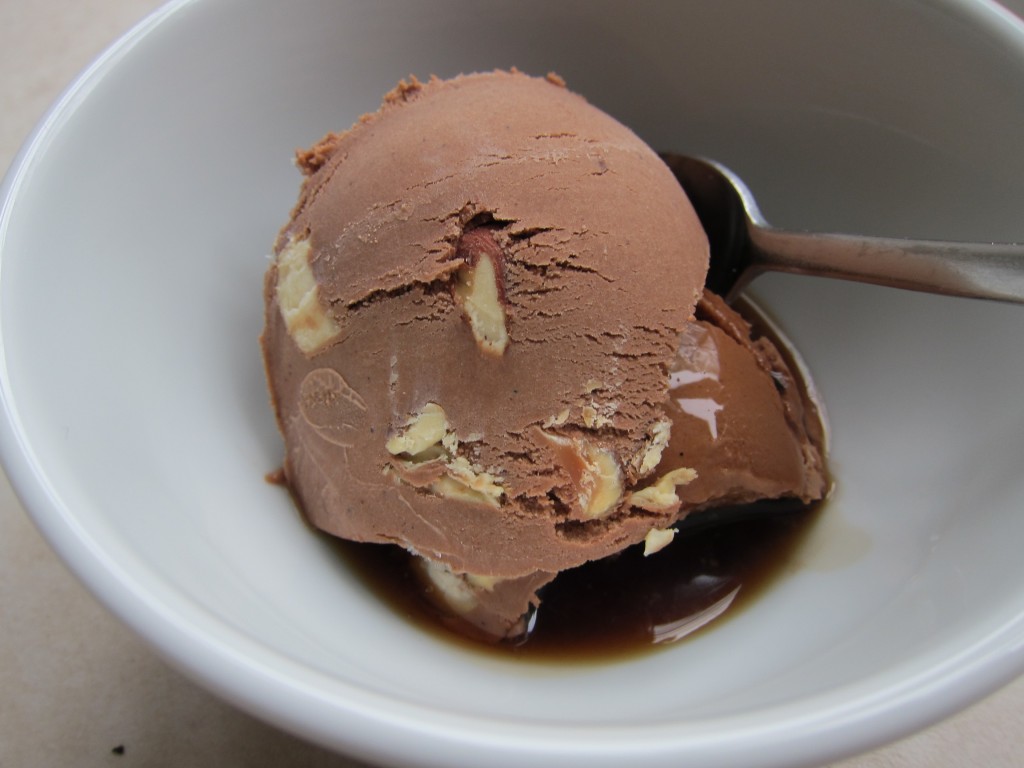