Parfait means “perfect” in French, but is also  one of those ice cream terms that happen to mean different things in different parts of the world. In continental Europe, “parfait” denotes a frozen, ice cream-like dessert  made with an unusually high amount of cream. Unlike “ordinary” ice creams, European parfaits are traditionally still-frozen (i e should not be churned, not even by hand). This means that they are perfect whenever you need a frozen dessert but lack an ice cream machine!

Let us stay with the European influences and prepare a parfait based on the world-famous Swiss Toblerone chocolate –  in its most typical form made up of  milk chocolate flavoured with honey, nougat and almond. 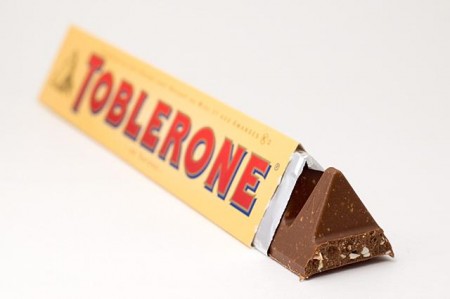 Toblerone – the classic version. Contrary to widespread belief, the particular triangular shape is apparently not a reference to the mountain top of Matterhorn. 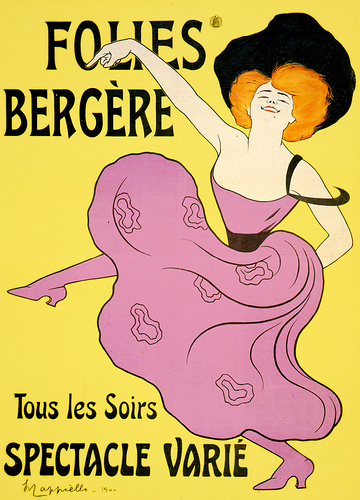 Instead, Theodor Tobler, co-inventor of Toblerone, seems to have had his mind on the feisty dancers’ pyramid-like ending of a Folies Bergère  dance show he had seen in Paris.

And the recipe? It is said to come from the late Werner Vögeli, Swiss-born Master chef  and a real giants within the Swedish culinary tradition. But do not let that scare you! 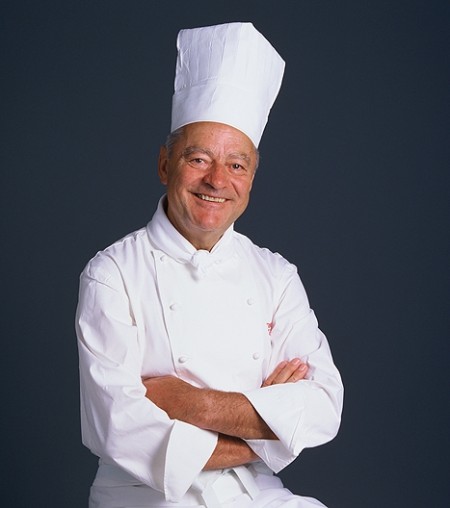 Preparing this parfait is actually not complicated at all – if you only know how to whip cream, you are almost there:-)  Melting the chocolate (to be whisked together with the whipped cream) is not too difficult either, particularly if you have access to a micro-wave oven.

The only part that posed some problems for me was the whisking together of the  hot blend of sugar and egg yolk … mainly because the volume is so small.  Whisking together a few egg yolks with sugar is one thing … but with only one yolk, it is difficult for the whisk to even get a grip!  One obvious solution is of course to quickly double the recipe – after all, it only yields about 500 ml (about 2 cups).

Still, all that whipped cream makes for a quite rich dessert, so even that basic amount might be sufficient if you are just a few persons to share it. 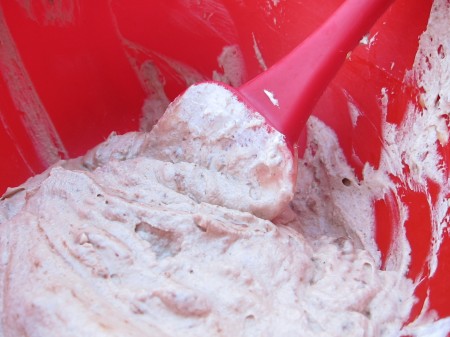 Whisking together the cream and the melted Toblerone chocolate

Easy freezing – just leave it unattended in the freezer

I did mention that European-style parfaits typically are not churned, but left to freeze in the freezer: Perfect if you do not have access to an ice cream machine! You do not even have to churn it, like you normally should when still-freezing ice cream.

Count with about four hours in the freezer before attempting to serve the parfait, however. 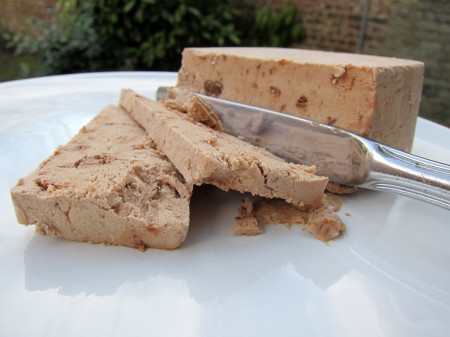 Rich and tasty Toblerone parfait sliced and ready to be served!

Since the parfait is so rich, I’d recommend serving it in slices (see the picture above). The chocolate flavour goes very well together with sauces prepared with berries or suitable fruits. And if you want to keep things frozen, why not pair the Toblerone parfait with some refreshing Raspberry yoghurt ice cream?

Print
Toblerone parfait
By: adapted from Werner Vögeli
A simple to make (European style) parfait based on the famous Swiss chocolate. No need for an ice cream machine either - all you need is a freezer!
Ingredients
Instructions
Notes
In my experience, whipping together the egg yolk with the sugar as set out in the recipe is quite difficult simply because of the small volumes of the ingredients. It will probably be much easier if you simply were to double the recipe and make more parfait (the present recipe yields less than 500 ml (about 2 cups) which still may be quite OK if you are not that many, as the parfait is quite thick).
Wordpress Recipe Plugin by EasyRecipe
2.2.6
Share