Always on the lookout for (reasonably) healthy ways to make ice popsicles, the time has come to test Quark!

Never heard about quark? I have been told that it is called Farmer’s cheese in the US, and unless you are familiar with the sour milk-loving food traditions of Germany, or the more Eastern parts of Europe, you may not have come across it. But quark – a tangy, low-fat distant cousin to cottage cheese – is well worth getting to know better! 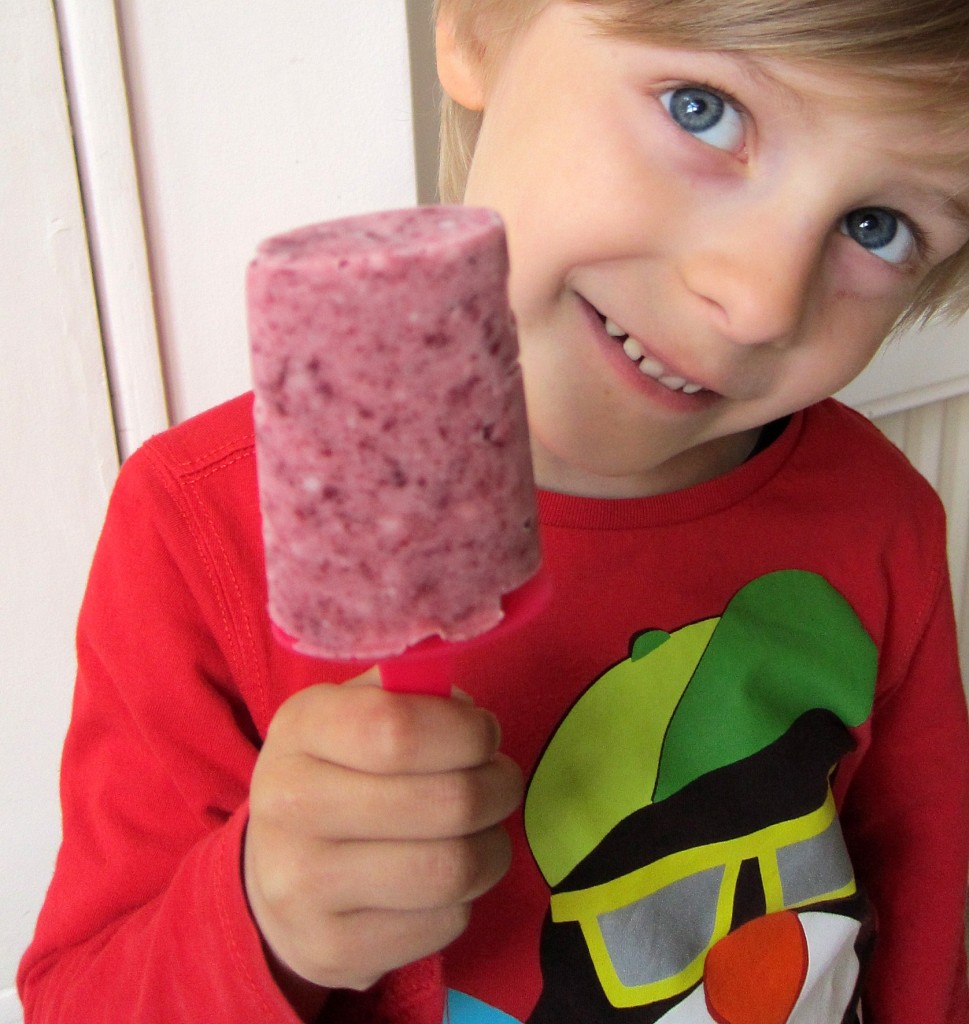 Quark is a particular type of soft cheese based on sour milk. The cheese itself could perhaps best be described as a kind of low-fat, high-protein cottage cheese but with a tangy flavour. Probably because of this link to sour milk cuisines, quark is not very well-known outside the Slavic and German-speaking parts of Europe.

About 4/5 of the cheese consists of water, the fat content is typically low and the overall consistency still about as dense as cottage cheese: this all seemed quite promising for use in a relatively healthy ice popsicle. And then, thanks to my talented ice cream friend Katerina, I learned that quark actually is the main ingredient in Nanuk Míša, a still very popular Czech ice popsicle whose origins date back to 1962. Clearly, the time had come for me to test frozen quark myself! 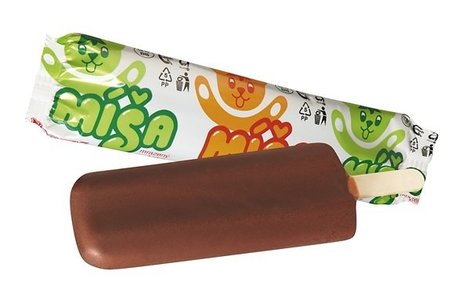 However, while Nanuk Míša popsicles seem somewhat more elaborate, I decided to go for total simplicity – quark and jam only!

As usual, ice cream rarely turns out better than its ingredients, so make sure to use a good quality jam (= high content of actual fruit, and no or few other ingredients save for sugar). The cherry jam I used had a fruit content of about 50 % (most of the rest was sugar), and turned out to be highly popular!

When it comes to the quark, take account of the fat content: while some will welcome the original low-fat profile of quark, others might like to experiment by adding a little cream to soften and further round off the overall flavour. Again, this comes down to your personal preferences.

The same goes for sugar substitutes. Should you like to, you may well test cooking and mixing in your own “no extra sugar added” jam, possibly using some added alternative sweetener of choice. Since ice popsicles typically are made to be hard-frozen, there are no structural problems with excluding added sugar.

Simplicity in the making: Simply mix quark and jam

Yes, it is not more complicated than that. All you have to do is decide on the exact proportions of the quark and of the jam, which mainly comes down to a question of personal taste: feel free to experiment. If you have a real sweet tooth, you might like to go for equal parts jam and quark. Otherwise, one third jam and two thirds quark should probably be fine for most tastes. 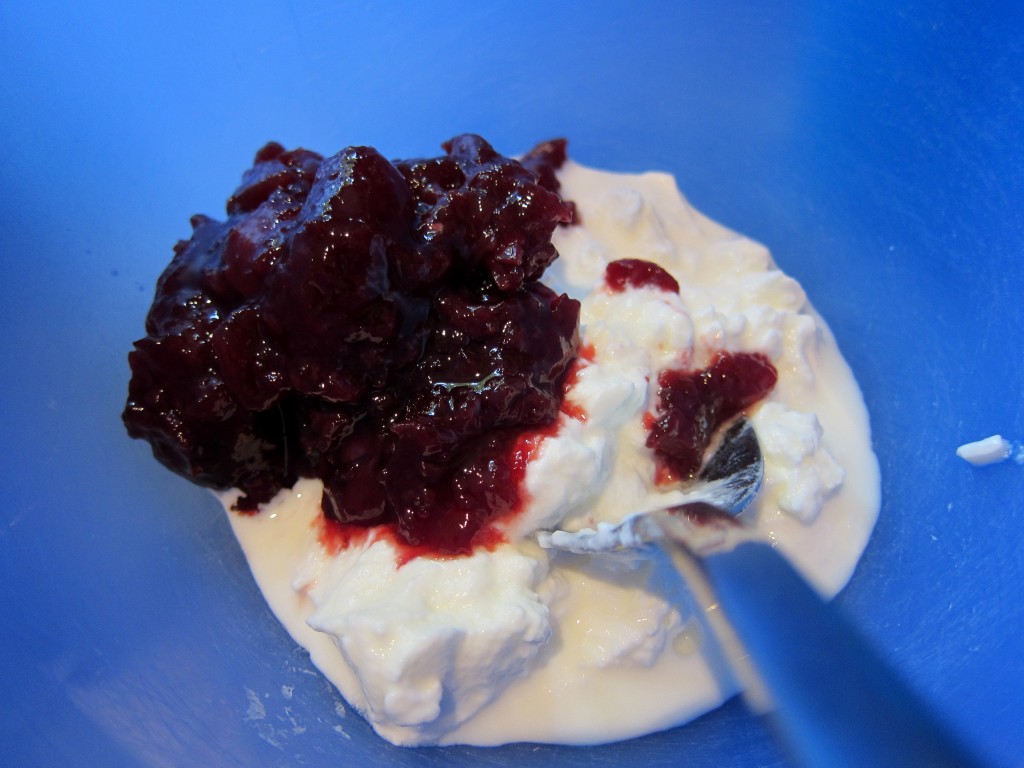 Fill your ice popsicle moulds, freeze them for a couple of hours or longer – Ready to be served! 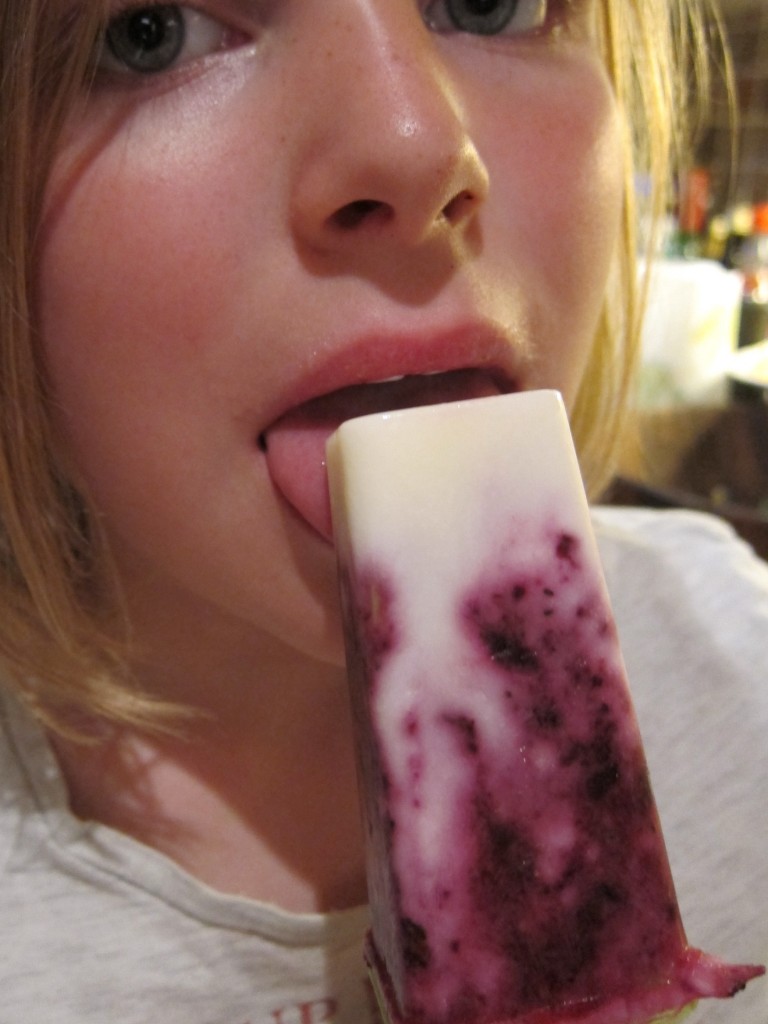 Very tasty and super-easy to make: There is not much more to say – these ice popsicles have proven to be hugely popular with both myself and the kids. The quark pops have a certain resemblance to ice popsicles based on tangy yoghurt, but the texture and consistency still make the tasting experience different. Different and good, I should add 🙂 .

Given how extremely easy these popsicles are to make there are simply no good excuses! Get some quark and good jam and freeze away!

Ps. In case that you, despite frantic efforts, fail to locate any quark where you live, the simple mix and freeze-method above can be used with yoghurt instead of quark. Granted, it won’t be the same thing, but it will still be very nice ice popsicles!

Print
Quark Cherry ice popsicles
By: Anders@icecreamnation.org
Based on sour milk, the tangy, low-fat/high protein soft cheese Quark turns out to be a very good ingredient for making ice popsicles. And could it be easier than this? Just mix the quark with some good quality jam and freeze!
Ingredients
The exact proportions depend on your personal preferences and how many ice pops you intend to fill: I would suggest a mixture of somewhere between ⅓ - ½ part jam and ⅔ - ½ quark.
Instructions
Notes
Quark is typically a low-fat fresh cheese, but there are certain types on the market which may boost quite a lot of fat (in these cases, cream has typically been added to the quark during the preparation). In other words, it might be useful to actually check the labelling when searching for quark ...
Wordpress Recipe Plugin by EasyRecipe
3.2.1310
Share