Did you know that Lao Tse, ancient alleged founder of Taoism, is said to have been born under a Plum tree? Given the many positive values associated with plums in Ancient China, it was probably no coincidence that Lao Tse decided to enter this world under such an auspicious tree. Legend further tells us that he was born already a grown, wise man with beard (not so strange as it first may seem, however, considering that he supposedly had spent the previous 62 years in his mother’s womb).

And yes, plums were widely cultivated already in Ancient China. Today – much like the many different translations of Lao Tse’s Tao Te Ching –  plums can be found all over the world.

Normally, I would consider a plum section in the supermarket with almost nothing but close to  overly ripe and very soft plums to be a big let-down. Not so today, however, as my mind was set on ice cream.  As you probably know, this kind of very ripe fruit is generally exactly what to look for when preparing for fruit ice cream!

That plums, aside from being delicious and tasty, also are brimming with vitamins, fibres and antioxidants added to the attraction (just remember to eat the skin too, though, if you are after the antioxidants). In a wu-wei-like manner, I filled my bags, left the supermarket and headed for the kitchen. 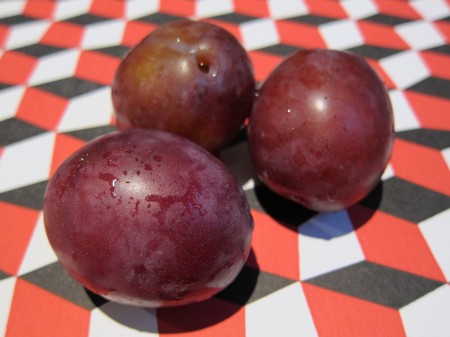 Choosing a suitable ice cream base

While other ice cream bases of course can be used, I decided to opt for a speedy American (Philadelphia-) style base. No cooking was required, which meant that I only needed to prepare a purée of the plums and some sugar before churning could begin. Great, since I wanted to try the ice cream as soon as possible. Deviating from the traditional recipes with only milk and/or cream, I decided to add some yoghurt in order to get a fresher  overall taste. That way, I also avoided that the cream “dampened and dulled” the taste of the delicious plums themselves. 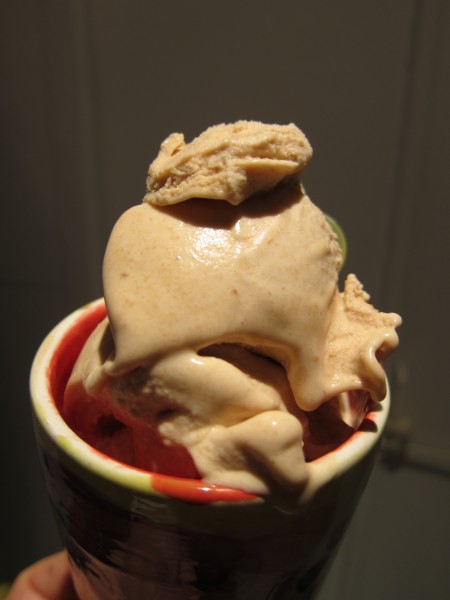 So – what are you waiting for? Follow the Way – the Way towards effortless enjoyment of fresh Plum ice cream!

Print
Plum ice cream
Delicious and fresh Plum ice cream, speedily prepared the American (Philadelphia-style) way
Ingredients
Instructions
Notes
While I tend to prefer the more "pure", unadulterated flavour of fresh plums, you may want to try adding a teaspoon of Kirsch to the purée going into the ice cream base. The small quantity does not really make your ice cream "alcoholic" in any significant sense, but the addition of Kirsch amplifies the fruit flavour, making the tasting experience somewhat deeper and more complex. The yoghurt in the recipe adds a certain tart freshness to the final flavour of the ice cream, and also avoids that the fruit flavour becomes "dulled" by too much cream.
Wordpress Recipe Plugin by EasyRecipe
2.1.7
Share