Ice cream and candy is a familiar combination, but few candies are so well suited for ice creams as good old marshmallows! Since the fluffy blocks are made up almost exclusively of sugar and gelatin, there isn’t even any need for adding extra sugar, nor other stabilisers – all you have to do is to melt the marshmallows and let them work their magic, donning your ice cream both a delicious marshmallowy touch and a great consistency! Oh, and let’s add some good-quality chocolate to win over even the most candy-suspicious chocolate lover!

(And of course, for marshmallow-only purists, just omit the chocolate or replace it with another flavour of your fancy) 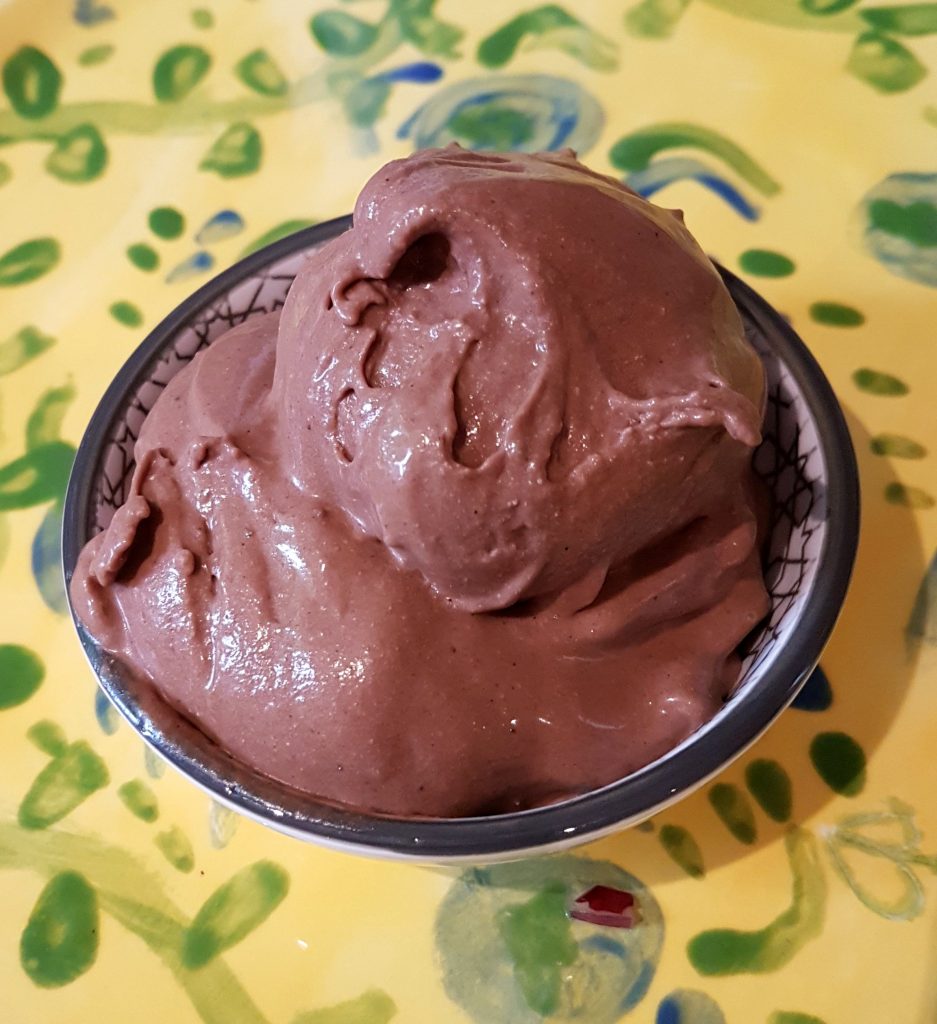 A marshmallow is a squishy, sugar-based candy which I’m personally very fond of.  Did you know that its history dates all the way back to ancient Egypt? That’s right: it was a very privileged pleasure so you’d probably have to be close to the pharaoh to enjoy these early marshmallows and their purported medical benefits (helped to heal wounds, sore throats and coughs). In those days, the marshmallows consisted of a mixture of boiled-together mallet root pulp and honey. 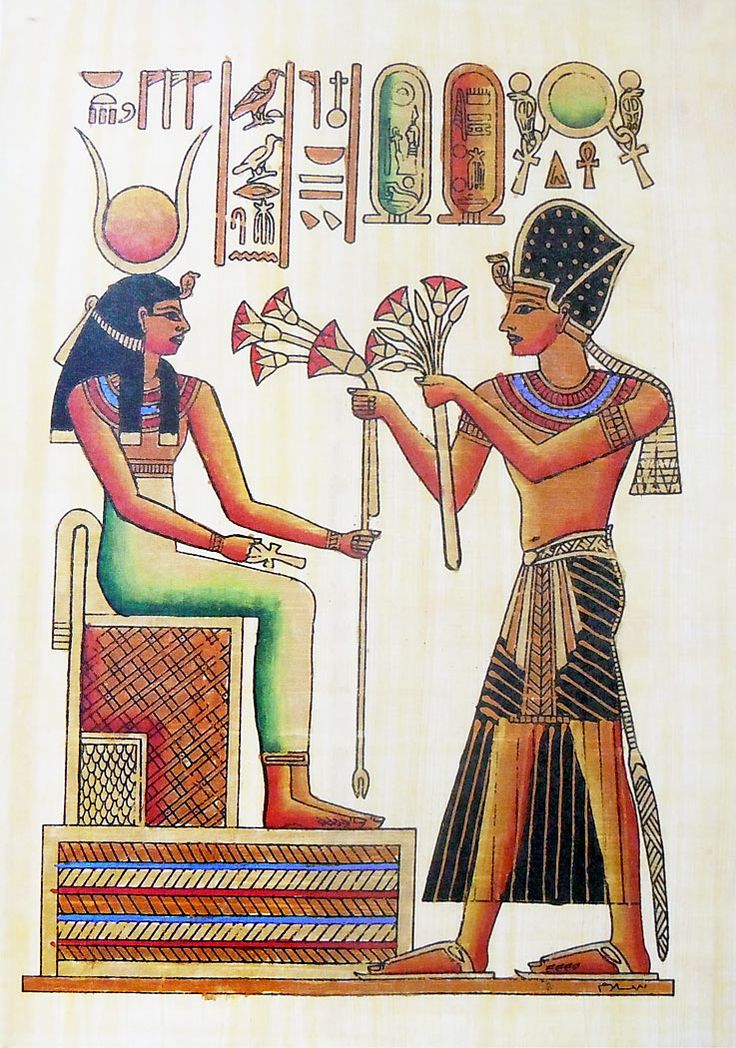 – I heard you had a bit of a sore throat so I brought some Marshmallow plants. (OK – I admit that what”s being offered here probably isn’t the marshmallow plant, also known as Althaea officinalis. But who knows? )

In our modern era, however, marshmallows typically consist of sugar, water, gelatin and corn starch.

That’s not exactly the formula for a healthy and sustainable long-term diet, but it sure makes marshmallows very well suited for ice cream – as just mentioned, there is no need for any additional sugar in this recipe. And the gelatin will also help ensuring a nice texture and a overall scoopable consistency.

(Not fond of gelatin? – If you can’t find non-gelatin marshmallows in your shop, try making your own ones and replace the gelatin with pectin , its “vegetarian cousin”, or some other suitable substitute).

Oh – and the recipe is ridiculously easy to make.

In other words – get hold of some marshmallows and we’ll get going!

Can you heat milk? That’s about how difficult this ice cream is to make! 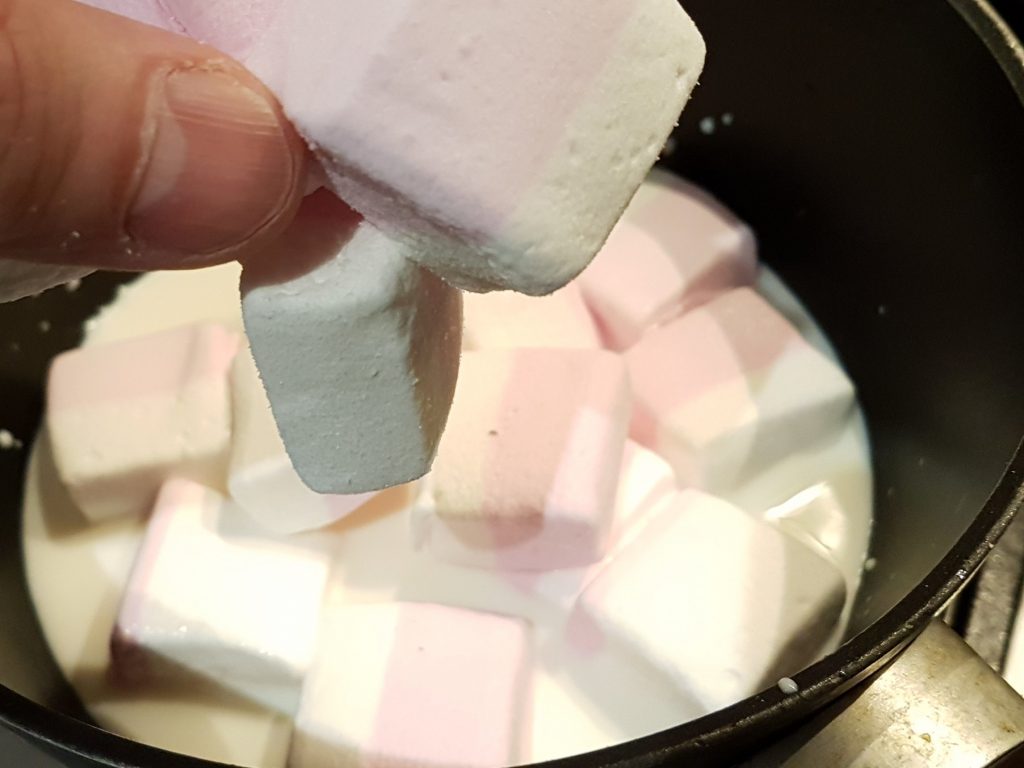 Heat the milk in a sauce pan, then add the marshmallows. 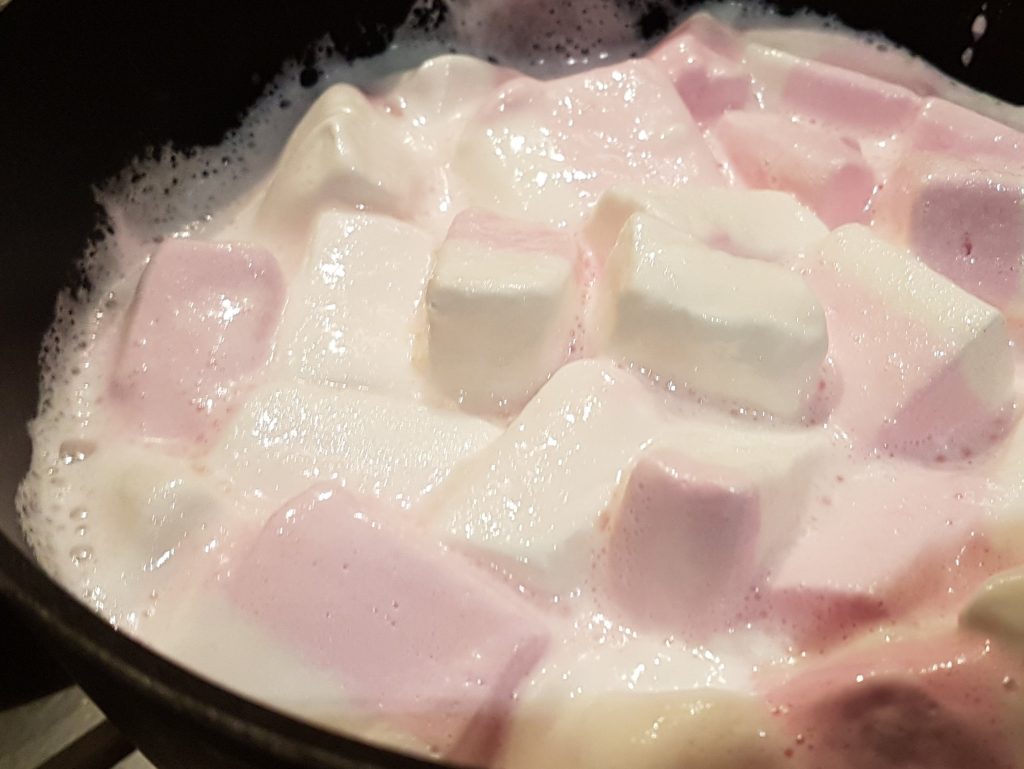 Once the marshmallows begin to melt, add the chopped-up chocolate (if going for the chocolate version, of course), and the vanilla extract (if using). 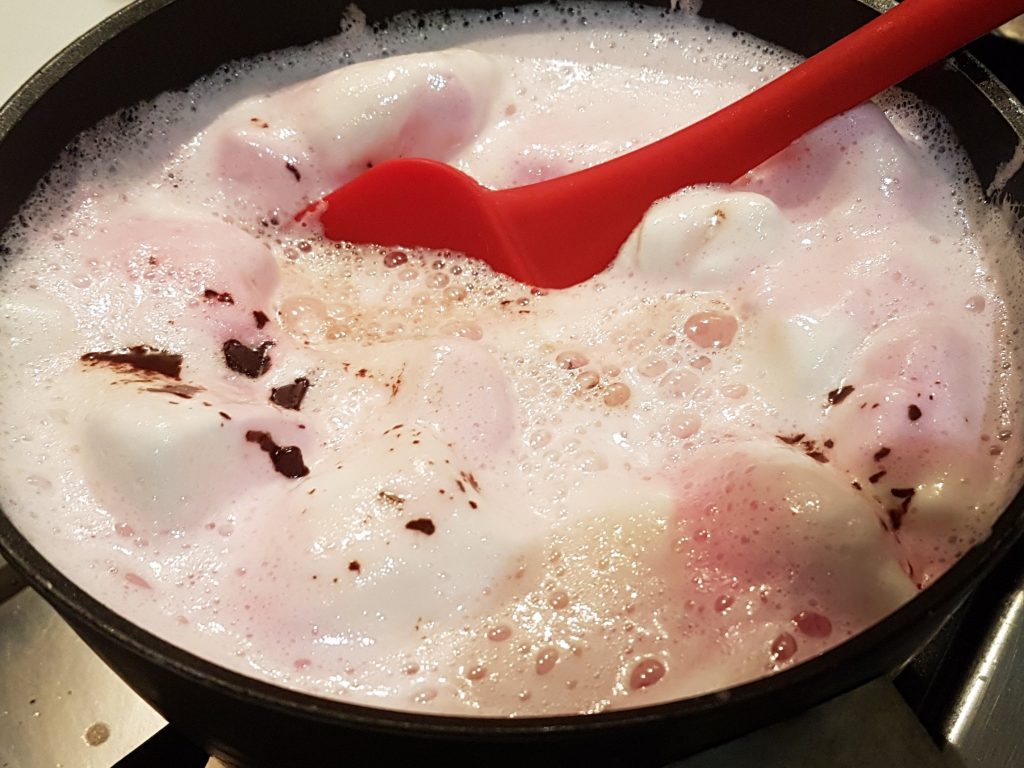 Looking good! While whisking the mixture to avoid accidents, keep up the heat until all of the marshmallows and the chocolate have melted. 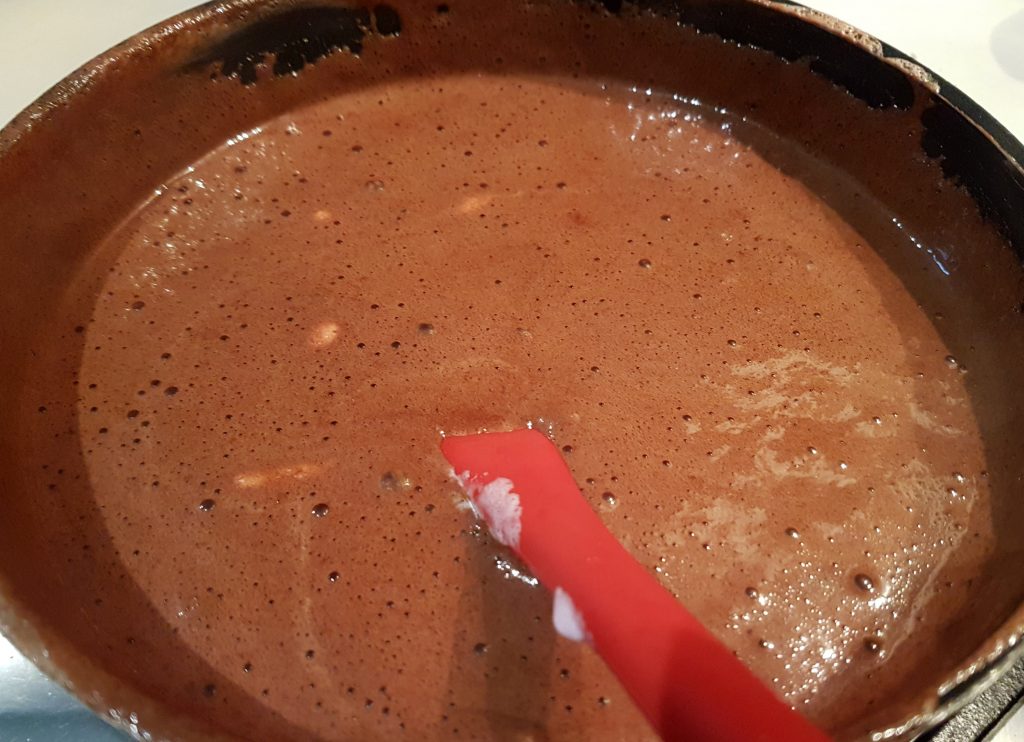 Set aside for now to cool down, and preferably chill in your fridge for at least an hour or two.

When the time comes for churning the ice cream, begin whipping the cream to rather stiff peaks. We’ll be mixing the cream with the marshmallow-part of the base, and the whipping will help by adding more air to the final ice cream – great for the overall consistency! 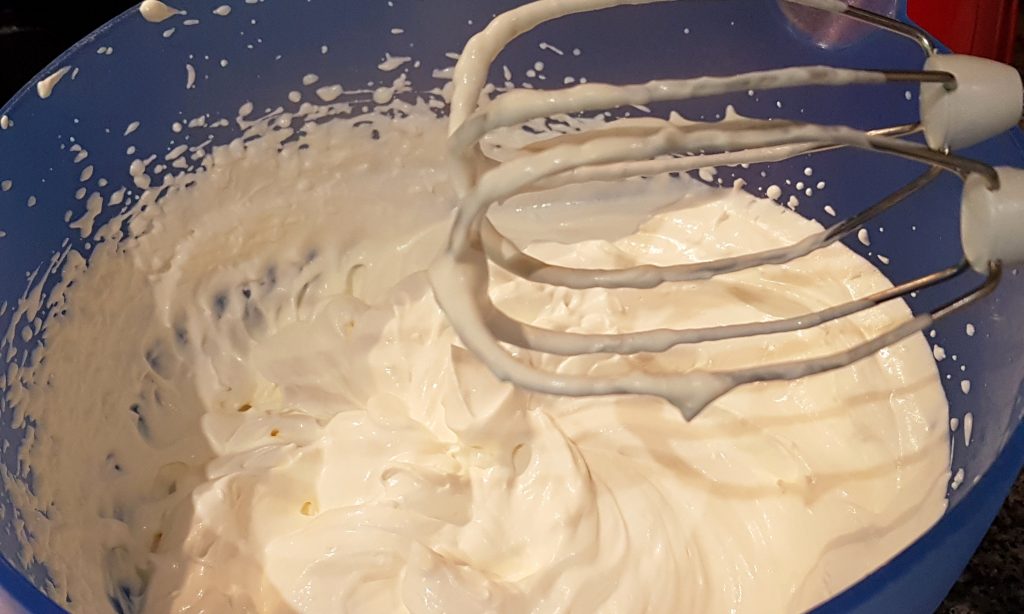 Time to mix our hard-whipped cream with the cooled-down marshmallow-milk mix. And notice how relatively thick the marshmallow-mix has become by now. 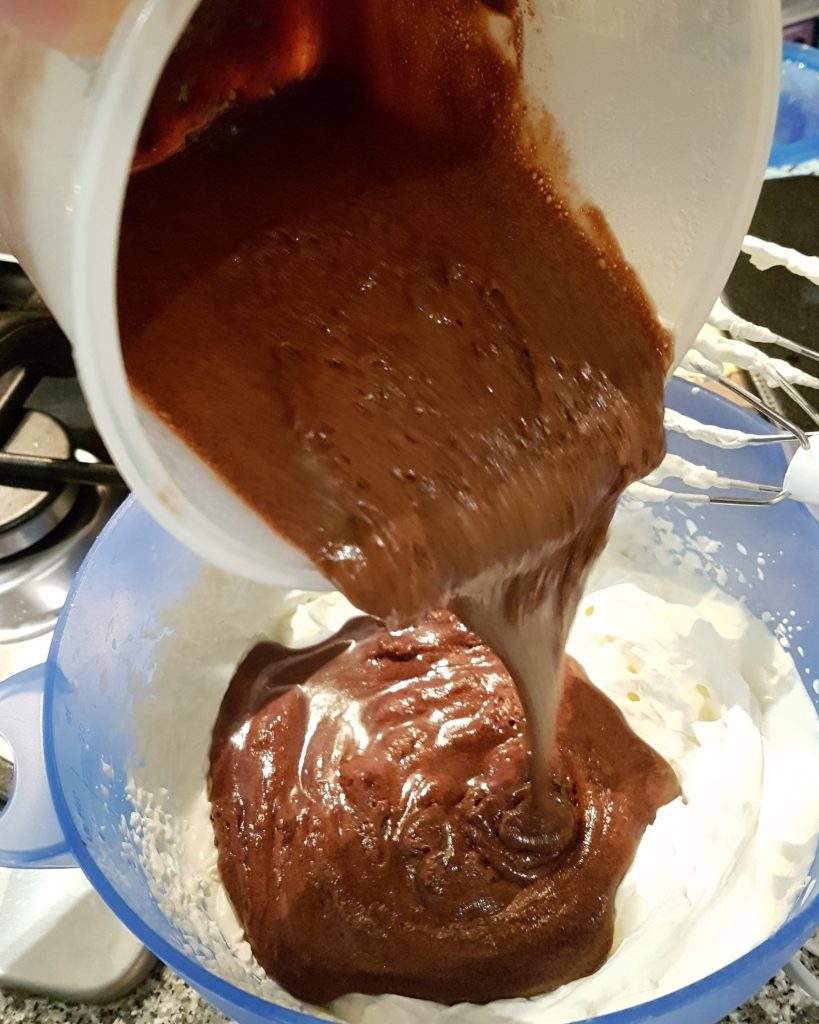 Since the result should be quite cold already, we can start churning (or still-freezing) right away! 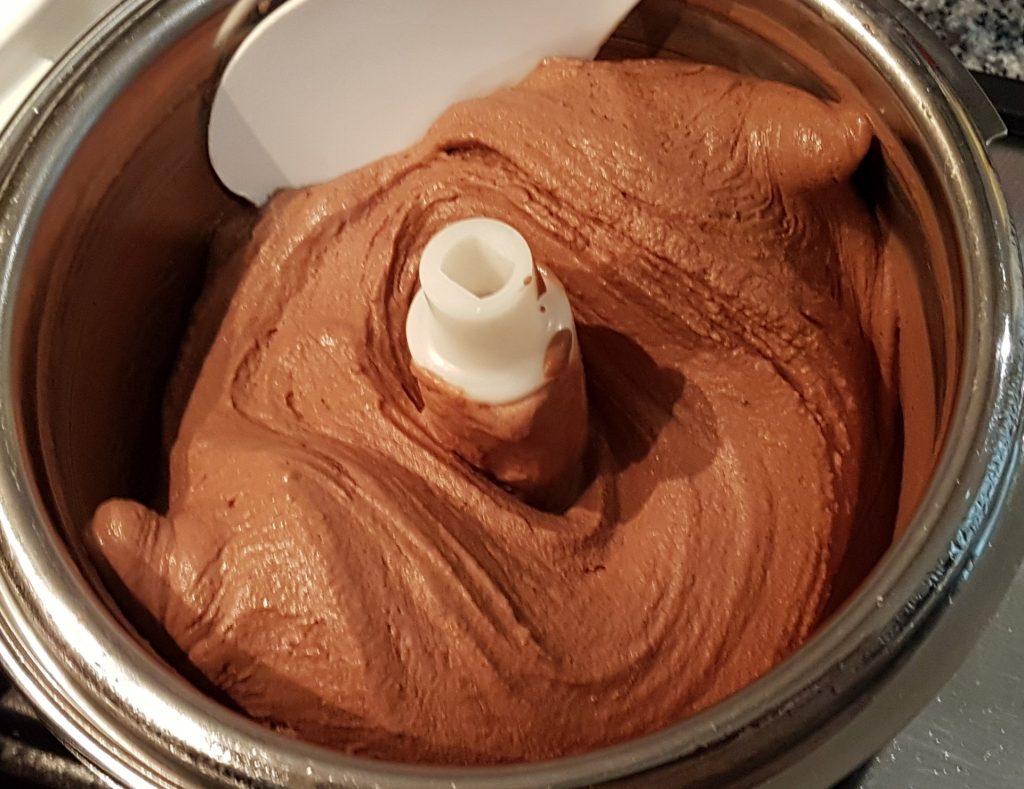 Quite tempting. I had a hard time keeping myself from starting to savour the ice cream straight out of the churning bowl.

A great ice cream and an interesting base to explore 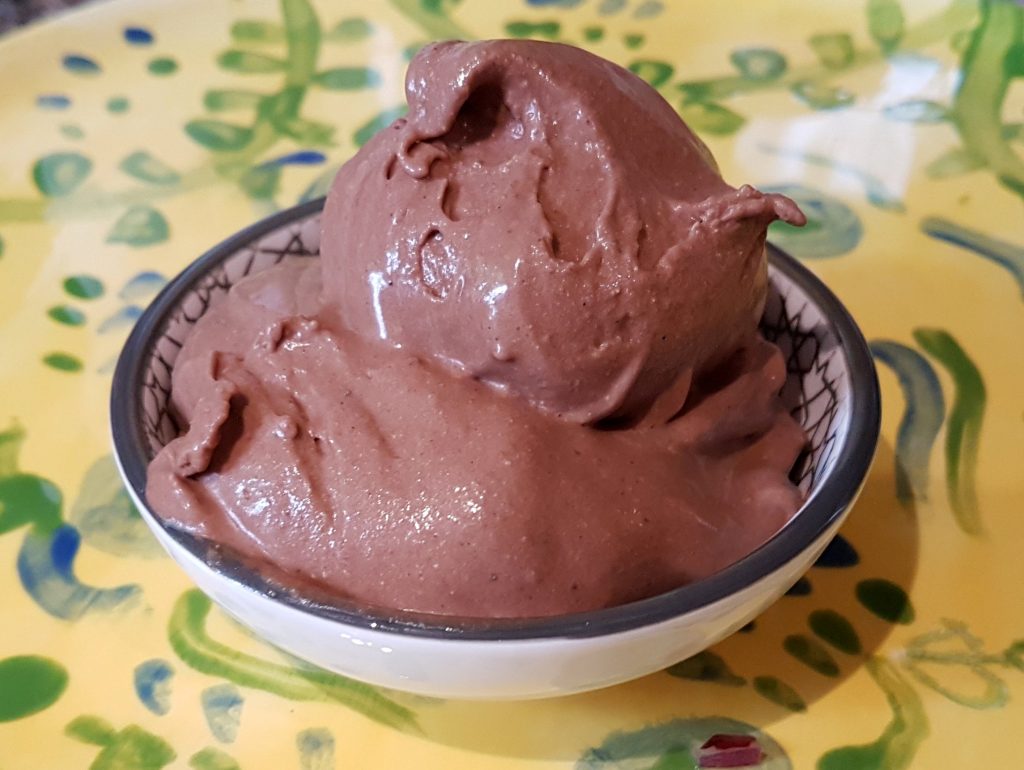 Tasty, nice, great consistency …. this deceptively simple ice cream immediately won the hearts of both the kids and the adults I tested it on. Yes, to my immense pleasure, it even managed to win over those grown-ups who initially had been ready to dismiss it as a “children’s ice cream”.

The recipe definitely caters well to chocolate lovers, but if you’d prefer to feel more of the marshmallows as such, you’re free to reduce the amount of chocolate or even omit it altogether.  The base (without the chocolate) should, in itself, be quite versatile so I encourage you to experiment with other flavours too. Again, the recipe is well worth trying out even for those not normally so fond of “candy ice creams”. Clearly, marshmallows are more than mere candy … particularly when it comes to ice cream-making!

4.0 from 2 reviews
Print
Marshmallow chocolate ice cream
By: Anders@icecreamnation.org
Marshmallows might well be THE best suited candy for ice cream making there is! This delicious and easy-to-make recipe is destined to seduce the young and the older alike! Since the recipe works as a kind of base-recipe, this chocolate version can easily be made with marshmallows-only, or with other possible flavours you might fancy!
Ingredients
Instructions
Wordpress Recipe Plugin by EasyRecipe
3.5.3251 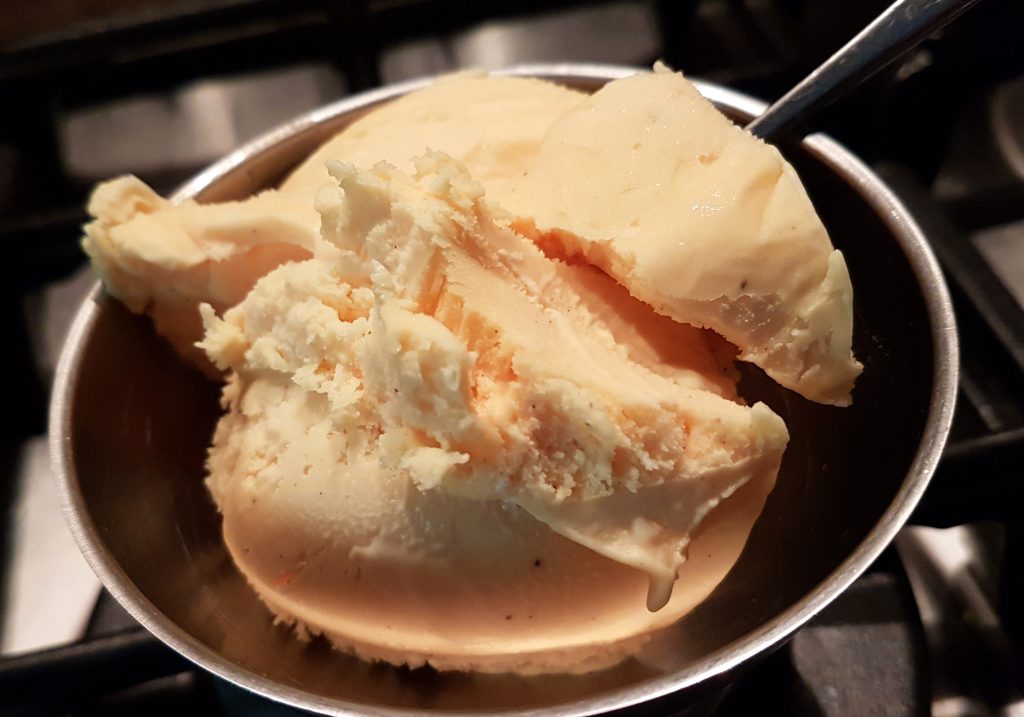 Yup – the recipe works fine without chocolate too. This is a nice Marshmallow ice cream made on (yellow-coloured) marshmallows.